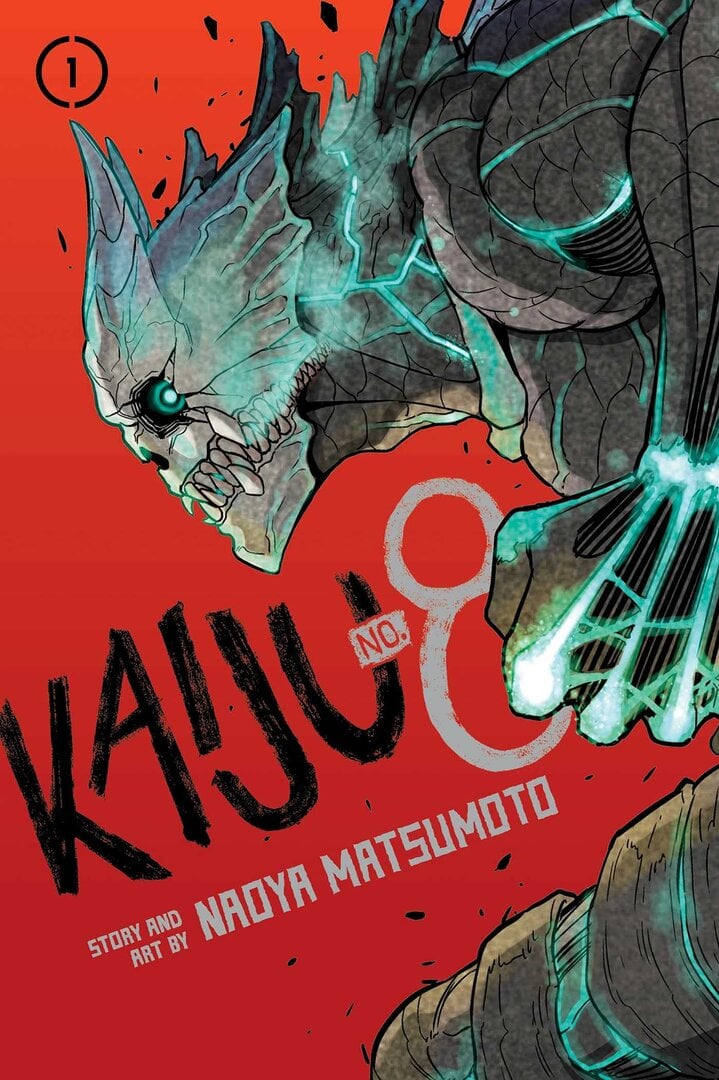 Maan this Manga is awesome! It really has an exciting plot as well as a really funny Mc along with amazing side characters. The art is also top tier with how they are portraying the fighting scenes. I would say this has a heck ton of potential of being a masterpiece! Anyways this Manga is super good but as of right now it only has a few chapters so I recommend you to wait a bit!

The lovechild of Attack on Titan and One Punch Man, or maybe of Ajin and My Hero Academia. There's a lot of the whole pushing yourself to try your hardest and not giving up on your dreams that you see in My Hero Academia, but also with the easy defeating of opponents and humor mixed with epicness that you see in One Punch Man. And with the premise of a human-monster fighting monsters, which can be found in both Attack on Titan and Ajin (and probably loads of other manga that aren't immediately coming to mind). It's the story of a 32-year-old man named Kafka Hibino who has been inspired by a youngster to try applying to the Defense Force once again, with the hopes of fulfilling feir childhood promise to Mina Ashiro (currently the strongest Defense Force officer) to defeat kaiju together. It's very comedic and has a pretty light tone overall, especially seen through Hibino's undignified emoting and entering other people's personal space. The twist to the story is that Hibino has secretly been turned into a kaiju femself and is able to transform between monster and human forms, so fe has to be mindful about keeping feir secret a secret. Hibino draws people to femself just by being real with them and not treating them with pretense or whatever, so fe starts making a place for femself around the other new recruits to the Defense Force. The relative strength of the recruits is measured by how much of the power from their power suits they're able to draw out, with Hibino comically only drawing out 0 or 1%. Hibino's only physically strong in feir monster form, but in human form fe's still able to provide support and help out the team by applying knowledge and expertise from feir time cleaning up kaiju corpses. Overall, this manga doesn't stand out as impressive, but it's okay. I don't see it gaining much depth as it continues, but it'll probably continue being a good source of light humor and decent fights.

Look it's pacific reem combined with shonen characteristics and I freaking love it although it's still too early for to good ratings.

Its jujutsu kaisen in a way, its a really good manga, of how they showed the main character childhoodfriend and the promise he made a while back. it gives the fire force vibes because how every person has a suit that motifies its power barrier of the person´s limits i recommend you guys to read it, its worth your time

The story and characters aren't that outstanding or special. The worldbuilding is pretty good considered there aren't that many chapters and they're short. I just like the way they presented it. The presentation kept me engaged. The art is really good in my opinion. I especially like the fight scenes. The main cast is memorable. I look forward to each weekly chapter, and when it doesn't come out for whatever reason, I get disapointed. It's a manga with a lot of potential. If executed well, can surely become a top teir manga. I look forward to it!