Monogatari no Naka no Hito - Recommendations 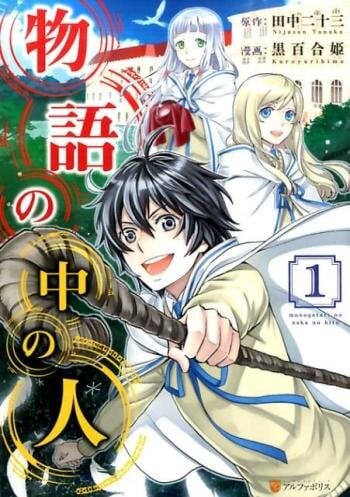 If you're looking for manga similar to Monogatari no Naka no Hito, you might like these titles.

If you liked this, you will definitely like this! Both manga feature the strongest magicians returning to school to learn more about the modern era that has passed them by!

Yuukyuu no Gusha Asley no, Kenja no Susume: to, Pochi no Daibouken

When he was young, he had failed at the Magic Academy and was looked down by others. However by chance, he discovered a mythological medicine, so he obtained an immortal body. In order to get revenge on the people who made fun of him, he began researching magic and magical artifacts different from the academy. After 5000 years of research, he has become an ancient magic user before he noticed. The people he was seeking revenge were long gone, losing his purpose, Asley went on a journey to see the world after 5000 years with his familiar Pochi. With an unexpected turn of events after helping many humans, he is now living at the magic academy. A 5000 year old man with a young appearance Asley, how will he live his second life’s youth?

If you liked this, you will definitely like this! Both manga feature magical sages that after having spent many many years away from the public have decided to return to school to learn more about the modern era that has passed them by and catch up with the times!

The Arnold Magic Academy, a prestigious school that has produced a lot of great wizards. One boy, Ray White, decided to attend as the only wizard from an ordinary family. He is surrounded by students from aristocratic families and magicians who distance themselves from him. But people don't know. He is a person who has made a lot of achievements in the previous Far East fight, and now he is said to be the strongest of the seven great wizards in the world. Despite being ignored as a magician, he will eventually show his power to those around him?

Hazuki Kagimura, a normal girl who is usually alone, with her relationship with her new family not going so well, retreats every day to the world of stories and books. One day, after school, one of the library's bookshelves sends her to another world with a magic school, where she meets Shizuka Tsuchimikado. She finds out that girls (called "mädchen") who attend the school are selected by old fairy tales and folk stories to wield their magic, and are taught how to wield it in the school, all to compete at the annual Hexen Nacht (Witch's Night) competition, where girls represent their schools in magical duels. The winner of the competition gets to have one wish magically granted. The school has girls who are chosen by such stories as Kaguya-hime no Monogatari, Issun-bōshi, Der Freischütz, Shuten-dōji, The Little Matchstick Girl, The Gigantic Turnip, Arthurian legends, and The Ramayana. Hazuki herself is chosen by the Cinderella story. She begins her new life at the school to become a magic user, and be friends with Shizuka.