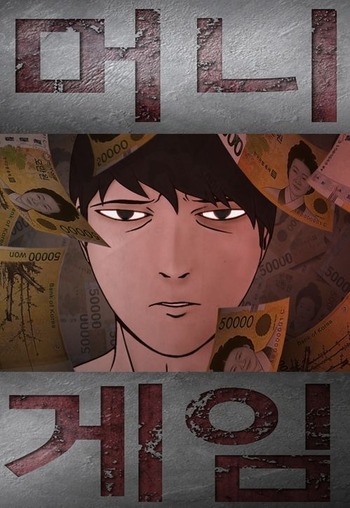 A writer suffering from writer's block, and a world trapped inside his head. This was an Interview he never wanted, and definitely not one he expected.

An existence gained from exchange of life. A world filled with pain and darkness. At the edge of despair, Writer J starts his solitary struggle.

Five different people are gathered in an abandoned hospital after getting a mysterious phone call, and the mastermind behind the curtains holds their families hostage. He orders them to figure out the one culprit who killed his brother... Or otherwise, they will all die.

Han Gang, my hyung disappeared. A fallen diver, Moojik, digs into the disappearance of his older brother and encounters night fishermen… But Moojik witnessed the night fishermen fishing people instead of fish. Can Moojik survive? Fishing for corpses at night, nightfishing.

One rainy morning, in a small church on the outskirts of the city, it was found that Jin Min Jun, the second year of Yingcai High School, was hung on a cross, tortured, and then killed. This technique was used 16 years ago. This happened in the first year after the team leader of an investigation team, Team Leader Zhang, became a policeman, where a chain of serial murders that used these techniques resurfaced, making old criminals nervous.