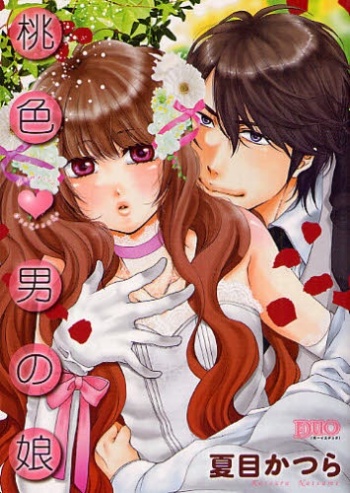 "Somehow I have to make sure he keeps his virginity!" Natsuki is in love with his friend Mikura, a virgin desperate to fall from the graces of heaven by losing his virginity. To ensure his friend doesn't get a girlfriend and stays "cherry," Natsuki uses the ploy of dressing up and pretending to be Mikura's girlfriend so Mikura can practice in preparation for the real thing. In reality, he just wants to distract Mikura from getting a girlfriend. But does Natsuki's plan work? Maybe all that practice will lead to Mikura's graduation from virginity and actually getting a girlfriend!

The Rest Is A Love Thing?!

A couple of boys join the ranks of a “couples harassing” club whose mission is to wreak terror on unsuspecting couples out of jealousy! Oh, did we say “couple of boys”? Bit of a dead giveaway there! You guessed it — although Nishi and Yone are two guys looking out to get “girlfriends of their own”, they are all but a couple themselves! Still, it’s not happily ever after just yet. Nishi denies his love for Yone and puts up a cold façade, claiming again and again that he wants a real girlfriend! Yone knows that deep down Nishi loves him. The amount of love they make is a good indicator of that, even if it is always beer or anxiety induced!

High school student Rin ends up posing as his twin sister to go on a date with a university student that may be attempting to blackmail him...