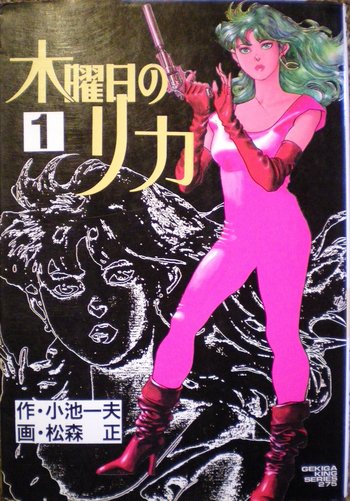 Masaru Saiga is a fifth-grade boy who aims to become a puppeteer. After Sadayoshi Saiga — the CEO of the giant home telephone maker Saiga and Masaru's father — passes away, Masaru inherits 18 billion yen. Masaru is targeted for his wealth, and is saved by two people. Narumi Katō is a man who has studied Kung-Fu and has a weird illness called "Zonapha Syndrome," and Shirogane is a silver-haired woman who controls the puppet "Arurukan" (Harlequin). Together, Masaru, Narumi, and Shirogane get thrown into various conspiracies by those who would try to steal Masaru's fortune.