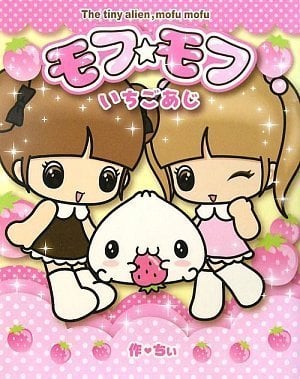 One year ago the pint-sized Memoru and a few hundred of her people crash landed their spaceship on Earth. They've since been living on a lake island, with only the large objects that wash ashore as their knowledge of humans. One day, young Memoru and her friends head towards the sound of beautiful music and find a huge house with an equally huge human girl inside. Memoru wants nothing more than to be this girl's friend, but she soon discovers that the girl is sick. Heartbroken, Memoru cries on her would-be friend's face, miraculously healing her - and thus their friendship begins. Together with her people, Memoru experiences life on Earth with a smile and meets plenty of new companions along the way.

When a creature from outer space threatens Earth, young McDull builds a robot to defend all humanity.

Takashi Horimachi is an ordinary curious fifth grader attending "Anytown" Elementary School. One day, a very unusual transfer student named Taro Tanaka joins Takashi's class. Takashi and his classmates have never encountered anyone quite like Taro before. He is blue, has huge glowing eyes, pointy ears, a smooth bald head and one horn. Takashi, obsessed with trying to figure out this strange new visitor, attempts to track Taro's every move; and in the process he continuously falls victim to Taro's hilarious assortment of cosmic jokes and traps.

Welcome to THE SPACE SHOW

When Noriko, Amane and their friends left for a week-long summer camp experience in the countryside, they had no idea that they were about to embark on a galactic adventure! After helping a wounded, dog-like alien, the creature offers to take them to a spaceport on the moon where fantastical beings, flashy sights and new friends await them. Together, the gang will travel between worlds, dodge nefarious poachers and even encounter the most famous television show in the galaxy, as they embark on the best summer vacation of their lives!