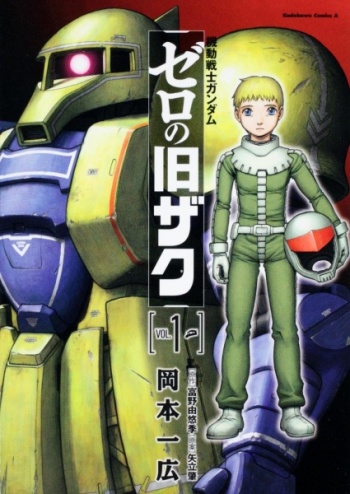 If you're looking for manga similar to Mobile Suit Gundam: Zero Old Zakus, you might like these titles.

Universal Century 0153. During the war between the League Militaire and the Zanscare Empire, Uso Ewin while alone on a reconnaissance mission happens upon the Zanscare Empire's Newtype squad, and finds himself blind-slighted by a Zoloat, and comes under attack by the mysterious Mobile Armor Zong. However he finds himself rescued by an old junk dealer Grey Stoke. The pilot of the Zolat, who was also rescued alongside Uso is revealed to be a young girl named Kamui Gian.

Over a century has passed since mankind sought an outlet in space for its burgeoning population. It is now Universal Century 0100. A new battle, one forged from the experiences of Hathaway Noa once embroiled in the Neo Zeon calamity caused by Char Aznable. The Minovsky Craft equipped Xi Gundam dances wildly through azure skies…