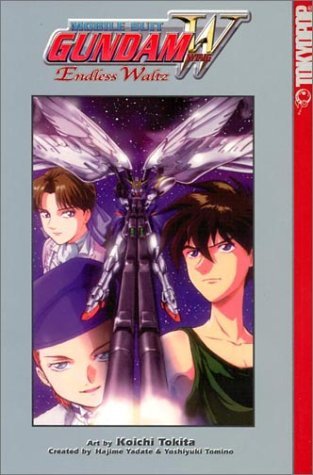 If you're looking for manga similar to Mobile Suit Gundam Wing: Endless Waltz, you might like these titles.

After the end of the One Year War, a man named Led Wayline was recruited to serve in the Federation Survey Service. One thing is though, Led has no idea who he was. But as the time passes by, he gets some dreams of his ties with a Zeon pilot named Johnny Ridden.

K, a robot detective, joins the Tokyo Metropolitan Police Force’s Science Division and is partnered with human partner, Shinjo Go much to the chagrin of Chief Inspector Shiba Daizo, who distrusts the Robot. Together they battle the crimes perpetrated by the renegade conglomerate R.R.K.K. “BADO” (Robot Rental Kabushiki Kaisha – Robot Rental Company)

Escaflowne, the God Protector of Fanelia, has been stolen and the country is left in ruins. Desperate to find the key to Escaflowne's seal and recover the legendary guymelef, Van Fanel, Prince of Fanelia is sent to Earth, only to find it in the possession of a high school girl, Hitomi Hoshino. With enemies chasing them at every turn, can the two reclaim what was lost?