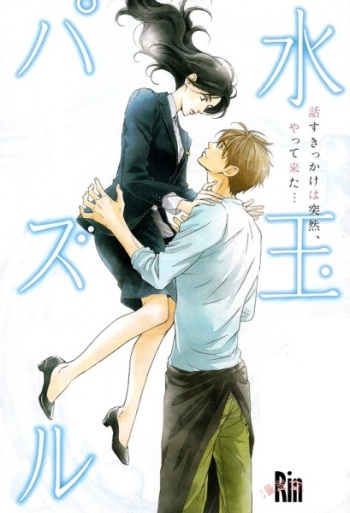 The staff of the 'Village D'Etrangers' welcomes a suave new manager, Yutaro Asakura. Yutaro has been blacklisted from working at bigger hotels for mysterious reasons. Yutaro quickly warms to the hard-struggling family that runs the hotel, as well as some of their eccentric long-term tenants. Whether it comes to dealing with unruly guests, helping an alcoholic writer, or finding out why a young girl refuses to speak Japanese, Yutaro and the staff prove capable of weathering all the various trials and tribulations of the hospitality business.

Kanna is an office lady who is at a critical point in her career. For some reason, she is assigned to receive training from the dull and plain Haruki...?

Momoko, who dreams of becoming an illustrator, finds employment in an ultra fast-paced office that specializes in designing pachinko parlors!! With the office running a yakuza-like business and employing a designer who has a habit of suddenly stripping in the middle of the night, Momoko believes that the company employees are a bit... no, definitely eccentric!! She continues pulling all-nighters, unable even to return home... And in the midst of that cigarette smoke-filled office, where women's authority takes a step back, she asks herself, "Why am I here?"

Tamako doesn't have any confidence, sex appeal, or romantic experiences. Caught off-guard while job-hunting, she is hired to work for an office full of suspicious people who specialize in designing for pachinko parlors. Thus, her days of agony begin to unfold.

Oomae Haruko is an A+ Temp worker who never cracks a smile or minces words, and leaves work on the dot. But her cynical nature indicates she has something painful to hide. Satonaka Kensuke has just been promoted to head S&F's new Marketing Division. Saddled with a rag-tag group of subordinates, he is struggling to lift his division off the ground. When Oomae is placed in Kensuke's department, she finds herself doing more work than she's ever done before.