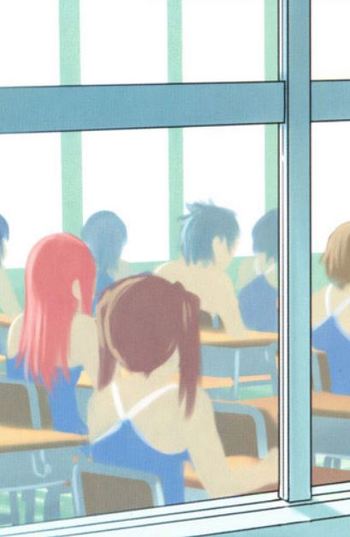 Aya Akabane is anything but typical. She's arrogant, believes her bra is a fashion accessory that's meant to be worn in public, and takes out her aggression on her closest friends – especially poor Konatsu, who is frequently picked up and spun around by her ponytail. Together with her friends, Aya enjoys an action-packed, event-filled high school life, whether she's trying to steal the panties her friends are wearing or secretly trying to film her classmates' underwater!

Shokatsuryou Koumei is in dire straights! She’s late to her first day as a transfer student at Francesca Academy and even manages to bump into the busty Kan’u on the way, though quickly becomes friends with the girl – much to the fiery Rin Rin’s dismay. No sooner does she, Kan’u, Chouun and the gang settle into their new school lives when a competition is announced: the winner will become the new student council president! With two-legged races and numerous ecchi-filled, boobalicious situations ahead, whose team will come out on top, and will any of the girls manage to remain clothed in the process?

Another year older means more responsibility at both school and home for Rin, Mimi and Kuro. Unfortunately for Aoki-sensei, that doesn’t mean that the precocious Rin is any better behaved; in fact, being in 4th grade seems to have made her even more determined to seduce her teacher! With the added stresses of a sports meet and her new role as class representative, the hyperactive girl still manages to keep a smile on her face and supports her two best friends through thick and thin. Will the classroom ever be the same again?