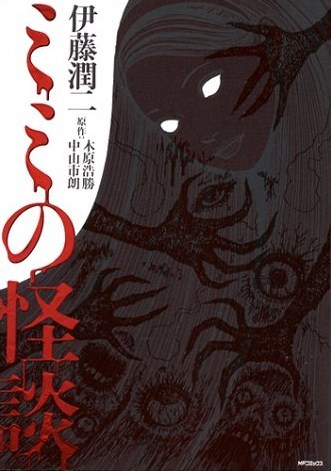 Both collections of short stories which follow a similar pattern, they are also done by the same artitst and author, short and enjoyable series if you are into that type of stuff, I recommend if you like the horror aspects and collection style of one of these manga you should check out the other xx

Similar horror collections made by the same mangaka. If you liked one, you should like the other too.

Both series are a collection of tales about strange and supernatural phenomena that happen around the main character. Mail definitely tells more typical ghost stories, while Mimi no Kaidan has more grotesque and weird ones. But both of them will surely creep you out and make you feel uncomfortable. Fans of Japanese horror should check these titles out.

Venus in the Blind Spot

Two horror manga by the same Author/Artist which both present a simiar style of story to them, the main difference though is that Human Chair is a one shot based on a story by Edogawa Ranpo whereas the other is just based on stories by Itou Junji. There is also the fact that Human Chair is a one shot and Mimi to Kaidan is a collection of stories but even so if you liked the collection of stories I recommend that you check out Human Chair and then the same if you liked Human Chair, check out Mimi to Kaidan.

I also want to point out that Mimi no Kaidan adds something different not present in Human Chair by following the story of a young girl and her surroundings with ghosts. Whereas Human Chair is a one-shot, quiick and easy....so they do have some differences.

A collection of very short and mostly atmospheric stories dealing with urban legends, ghosts, and superstitions all organized around a specific theme.

Both these manga are collections of horror stories that will try their best to make of you feel uncomfortable an anxy. Keep in mind that Fuan no Tane has very short stories with some of them being urban legends from the '80s, '90s and '00s.

3, Street of Mysteries explores the fantastical-poetic vein that has forged Mizuki's reputation in Japan. The stories contained in this series hold in common the obsessive ideas of immortality and of life after death. Skillfully blending a range of black humor, drama, and questions of morality, Mizuki shows once more his profound understanding of the human soul.

More collections of chilling short stories dealing with urban legends, ghosts and superstitions all organized around a specific theme.

In this work, a mysterious man who has been living alone in a castle for as long as he can remember decides to break free in search of human contact and light.

Anna almost descends to the dark side when she follows the suicidal Rei down an escalator to hell. Seiya pulls her back, but will they make it out of Tokyo's secret metro lines in time to escape Rei and the ghosts who inhabit the Tokyo underground?