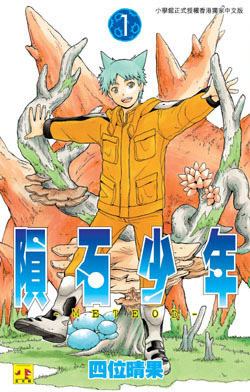 Have you ever felt like you’re being watched, or heard a strange noise late at night when no one else is around? Naoto Takenaka, the ghost navigator, will guide you through various strange phenomena that Hiro and the gang have experienced.

Not far in the future, technology has advanced. On social media, dubious rumors are spreading about the mysterious "hologram ghost" phenomenon. First year middle school student Hiro Amanokawa activates a strange object left behind by his father, a Digivice. Suddenly he can see mysterious creatures that no one else can, called Digimon. That's how Hiro meets the mischievous Digimon, Gammamon, and his whole world changes. Now he's confronted scary monsters like the "mouth-sewn man" and a mummy that kidnaps humans.

It's summer vacation. In front of Ginga an Co, who are excited about a Beyblade tournament, Helios, a mysterious youth, stands in their way. In his hands, he possesses "Sol Blaze", a Beyblade that has been passed down since ancient times. As intense battle between Ginga vs. Helios unfolds, extreme weather develops throughout the world.

It's the year 2020. The Network has become something humans can no longer do without in their daily lives. But what humans don't know is that on the other side of the Network is the Digital World, a realm of light and darkness. Nor are they aware of the Digimon who live there. Fifth grader Taichi Yagami's mother and little sister Hikari went to Shibuya, and now they're aboard a runaway train. Taichi hurries to Shibuya to save his mother and sister, but the instant he heads toward the station platform... a strange phenomenon befalls the DigiDestined, and Taichi goes to the Digital World!

Gingka and his friends save a boy named Yuuki from a mysterious boy called Johannes. It turns out Yuuki, who is a child prodigy astronomer, is also a Blader who owns Mercury Anubius. He tells Gingka and his friends that he came to convey a message of the meteor. He says he saw 10 star fragments falling from the sky the other night.