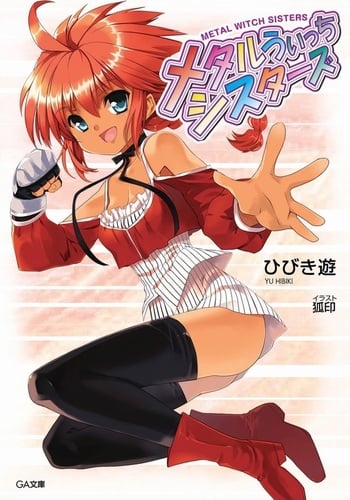 If you're looking for manga similar to Metal Witch Sisters (Light Novel), you might like these titles.

Heeding her father's words, Azuma Minami escaped from Tokyo to continue their path of revenge. Accompanied with Kozuki, they travelled west, all while carrying the Ark in their secure possession.

Misaka Mikoto finds herself fighting against the Rank 7 Level 5 of Academy City, Sogiita Gunha. However, a young girl turns out to be the culprit behind their unprepared display of abilities: a primary school student named Kihara Nayuta.

Set on a giant, almost finished bridge between Sadogashima and Niigata. Abandoned by the government, the bridge, and the giant man-made floating island at the center, has become a city of criminals and societal drop-outs. Set in the same world as Durarara, but 15-20 years later. There is almost no overlap between Etsusa Bridge and the other novels.