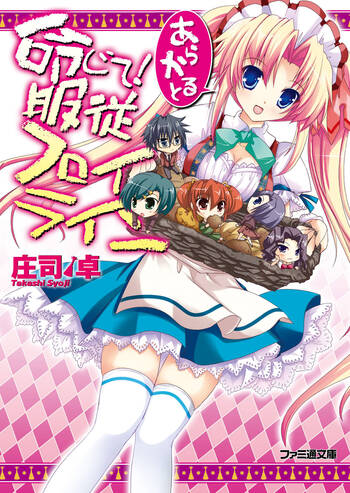 If you're looking for manga similar to Meijite! Fukujuu Fraulein: a la carte (Light Novel), you might like these titles.

One day, Yoichi who grew up while not knowing his parents has received the news of his father's death. His father left behind a testament——which said he is to pick only one out of five 'little sister candidates'?! The little sisters who were presented to him had more than one or two odd quirks, a slapstick comedy between siblings starts here!

Hardworking Hayate has a plan to pay the yakuza--who are now the legal owners of his vital organs--back: he'll kidnap someone and ransom them for a mountain of money. But things get tricky when his would-be kidnappee--who as luck would have it is the daughter of a mind-bogglingly wealthy family--mistakes Hayate's actions for a confession of love, and hires him to be her personal servant. At least his employment future is secure, or so he thinks..