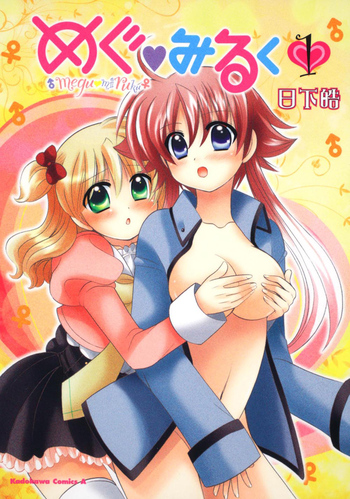 Surprisingly good. I went in a bit skeptical, and evne though some of my skepticism ended upbeing right, it still ended up being quite enjoyable and I came away from this happy that I read it.

Story: Honestly it's a bit of a mess, but in a fun way. The MC's best friend ends up being granted a 'partial wish' that turns the MC into a woman, but there's a few catches. I was amused by this story, but I do admit that at least once a chapter I found myself trying to ignore some plot hole or other. Additionally, the ending was satisfying in that it resolved the plot in a great way, but it was infuriatingly short-lived and felt rushed compared to the long build-up from the previous chapters.

Art: Quite endearing and cute in its style. Some manga have a tendency to take themselves too seriously during 'normal' scenes, and then go overboard on the cutesy-style panels and it's just too much of a dramatic tone shift, but this one gets it right by having the two tones feel similar enough. Another plus is the great level of detail in the characters and backgrounds, although there are some odd occasions where the artist left out shading in the hair (I assume for dramatic flair) so it can be a bit hard to keep track of who is who between the light-haired characters and dark-haired characters during such scenes.

Characters: This one's hard to evaluate. There's a lot going on that gives them major points in my book: detailed backgrounds, clearly defined personalities, and unique quirks that help make the characters all feel different from each other. But at the same time there's a lot going on that I hate in character development: motives are unclear, and their decisions are hard to justify and often feel contrary to how the character should act. Most notably, the MC never takes advantage of his 'partial wish' to just get himself turned back into a guy, despite spending literally the entire series complaining about being a girl and missing his boy life and claiming it's wierd to be with his best friend since they're both supposed to be guys.

Overall: A startlingly good read given its many flaws. It's no masterpiece by any stretch, and honestly I would understand if most people didn't like this one. But I found it to have just the right balance of cute and funny to overcome those and ultimately be an enjoyable work.

Side note: If you're here for the Ecchi/Nudity tag, you're in the right place. Plenty of it in each chapter, and it's well done.