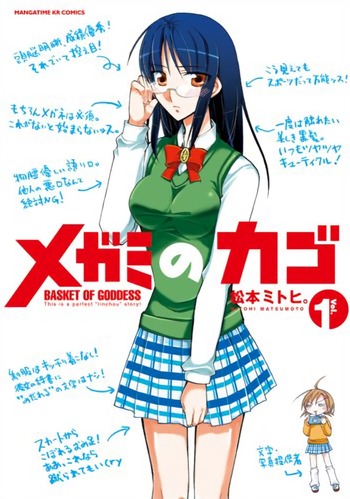 Futaba Odagiri is the energetic transfer student who befriends Teru Hayama, the class president who is meaner than she looks, and Youko Nishikawa, a former rich girl who still acts like a princess. Three very different girls who only share one thing: the kanji for leaf in their names. Balancing school and life is hard enough, but what about dealing with clashing personalities on top of it all?

Rino is an orphan whose only memento of her mother is a taking puppet named Puuchan. After a generous donation from a mysterious benefactor, Rino finds herself enrolled in the prestigious all-girls high school known as Miyagami; and thus her adventure begins! With Rino’s naïve nature and Puuchan’s sadistic streak, the duo quickly takes the school by storm. From the ranks of the seemingly all-powerful Best Student Council, Rino and Puuchan change the lives of everyone they meet, like it or not!

Naru is a high school girl who is average in every way. She loves fairy tale heroines, though she’s never had the courage to escape her ordinary life. One day, she sees Hannah, a transfer student, dancing in the moonlit and becomes inspired to learn Yosakoi dancing.