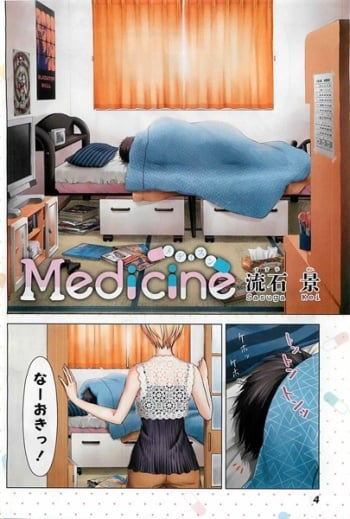 Recap OVA of the Toradora series included as a bonus with limited edition of Choudokyuu Premium Box release of PSP game Toradora! Portable.

Would you remember a promise you made ten years ago? This central question of promises, of memories, and of love -- this is the question that plagues a group of friends in Japan: a young and very talented girl who is well on her way to becoming a superstar, an average guy with an eye for beauty, and a girl from their past. She has returned from a trip to the USA because she remembers a promise they all made ten years ago.. but ten years is a long time, and memories are easily forgotten. Who knows what could come from this reunion...

Yuuji Yagami is a high school student with an unusual problem. Yuuji has developed a crush on his mother, Nomi, who is abnormally youthful in both her looks and mannerisms. Nomi however, is oblivious to Yuuji's Oedipus complex and unknowingly tempts him with her overly-passionate displays of affections to both her husband and son. The situation is further complicated when the boy receives a love letter from someone else on Valentine's Day.

Masuto is a typical student who attends school and has a girlfriend: the gentle and timid Kajima Miyuki from his class. His life is further complicated, however, by the fact that Wakamatsu Miyuki (his stepsister, unrelated by blood) lives with him. Their irresponsible father left them alone in Tokyo while he moved out of the country, which needless to say creates an interesting atmosphere at home. Though Masuto has strong feelings for his girlfriend, he also feels attracted to his step sister; and now, Masuto must discover his true feelings and make a choice – or start two-timing on both of them!

Ogami Matsugorou is the biggest, roughest, toughest kid around and he's entered high school with a list of enemies a mile long and a group of supporters just as big. His whole life is about violence, although he always prays for his victims after beating them senseless. Then he meets Nagasaki Koume while doing some mandatory volunteer work at a local kindergarten - a pretty girl who despises violence of any sort. He decides to try and help out at the kindergarten, which is being terrorized by local yakuza thugs, by recruiting his gang to help rebuild furniture the yakuza have destroyed and so on. Of course the yakuza show up, and eventually they drive him to the one thing he knows well and can do better than anyone - he beats the living hell out of them, which of course Koumi disapproves of, even though she recognizes that Ogami has saved the day.

Shichiri Tasuke is an average teenager, who lives on his own while his archeologist father roams the globe searching for ancient artifacts. One day, Tasuke receives a package that contains one of these artifacts, and from it appears Shaorin: a guardian spirit charged with protecting the person who brings her forth. Shortly thereafter, a second artifact arrives which contains another spirit, Ruuan, whose job is to bring her master happiness. Unfortunately, Ruuan and Shaorin are old rivals and they cause no end of trouble while vying for Tasuke's attention.