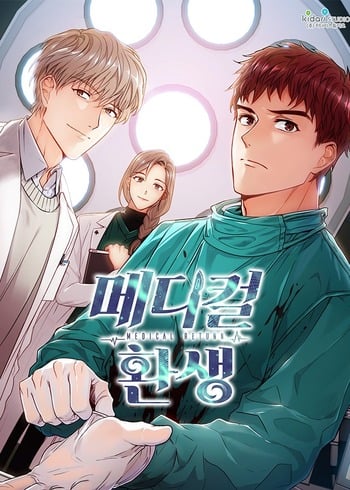 Okay. It started quite qood , but after 40 chapters it gets borring.
So I will shortly explain what is wrong with this manhwa.

The story is good , THE IDEA is good. A character comes back to it's younger self after having a miserable life. It's a chance to start all over , right?
The thing that the story is lacking is PURPOSE AND GOAL. Almost all 10-12 chapters are all about bullying and overcoming past bullying problems. The next chapters are about getting medical degree AGAIN and at the same time the MAIN CHARACTER is trying to think how to not make same mistakes. But he is being Bullied kinda secretly AGAIN.
So after chapter 30 the main character is just being DUMB rejecting all good job offers and is aiming for something SAFE.

SPOILER * WTF? YOu could be the Director of a DRUG COMPANY and you chose to be a DERMATOLOGIST ?????? * SPOILER END

This is making me mad so I will drop at chapter 41 - because THIS IS STUPID!!!

The art is relatively good. It is easy to read and the environment looks realistic.
And , It is colourful so I gave it a 9.

I expected a lot more action. Expecially from a "reborn" character. HE basically has memory and knowledge from his past life and is aiming for the most borring life you could imagine XD

I am dissapointed. T.T

It's so good despite sounding kind of lame! The art is very nice and the characters are surprisingly well thought out. The way the story is conveyed to the reader makes it that cou can't stop reading. It's not quite Solo Leveling level to me, but it isn't far off. Definitely recommend!!

This story is one of my favs

A story with vivid, realistic characters and a plot that appeals to your satisfaction senses. As you watch him rise from the bottom up in a fabulous way, you go through challenges and hardships with him. The only problem I have with this is the fact that the main character is overly dense. Not a single soul inside of real life would be as dense as he is.