Medaka Kurokami is the perfect honour student. She has exemplary grades, talent at any sport she tries her hand at, comes from a rich family, is exceptionally popular, and has just become the first ever freshman student to be elected School President! During her inauguration speech she proclaims that she will endeavour to help every student with any problem if they simply submit it to the newly instated suggestion box. But with a bare-bones student council consisting of only herself and her unwilling accomplice Zenkichi, people are unsure whether to take her seriously or not. Regardless, Medaka takes each suggestion and gives her all to fulfil any request, be it ridding the kendo hall of delinquents, writing a love letter, or helping a struggling art student find his muse.

Medaka Box Indeed, this is a bizarre manga and I rarely have such a split opinion about anything I read. If you're looking for something that has no story whatsoever, is completely dull and stupid in content, full of plot holes, plot armor without end, bad satire, and some of the worst and most irrelevant shounen fighting ever, that this manga is for you! However, I have to give the author credit for three things that I liked. 1. the development of the characters after the Kumagawa arc, which you could notice more clearly until the end. Some interesting self-reflections and a decent amount of character conflict and perspective. This he has to my surprise but not badly implemented, even if it is pulled down by the non-existent Atmosphere and the poor writing. Not to mention that Kumagawa was the best one-sided character in the whole manga anyway and TOO good for this manga. 2) The detail of his explanations, games, and the associated characters and their approaches. There were many interesting strategy duels that, while stupid, had a greater level of creativity. 3. the manga had one of the best epilogues I have ever seen. Especially by its comedy/shounen standards. Everything was shown and combined in this epilogue, time skip, characters, relationships, personalities, and the 100 flowers event was more profound than you would think. Otherwise, the manga has been almost torture for the most part. It didn't have any dynamics or any tension, it's just empty. [Story 1] Not available. And after the Kumagwaw Incident arc, there was no build-up either. The 13-Party Arc and Kumagawa Incident still had minimal buildup and foreshadowing, but that was it. Maybe the existence of Najimi Ajimu was still known. From then on, it seems that there was just improvisation. There were suddenly new abilities, a whole new concept with a banally stupidly bad explanation. Completely new incoherent characters. New sudden end boss and so on. Honestly, there wasn't anything more, it was just a fight without a break manga from start to finish, where the protagonists had more plot armor than those of "Fairy Tail". Other than that, it was just 4th Wall jokes being thrown around and constant discussion of the Shounen Jump. [Character 6] I hope I never get stoned for this, but Medaka Box had surprisingly positive characters. Not only quite a few personalities (even though there were many stereotypes) but also a lot of development and reflections. Especially with Kumagawa and Medaka, you saw it very well until the end. Kumagawa developed and understood himself. And Medaka wanted to break her shackles of "perfection". You hardly recognize many characters until the end of the manga, after they have been completely rebuilt. In the beginning, you might say "Medaka" is a boring character who can do everything, but that's true. However, this has been quite an interesting theme for later arcs, where she practically became a "pseudo antagonist" without really changing sides. Only and only so that her too perfect false personality is defeated. Only then could the character unfold after all the demands and expectations of her perfection were broken. The protagonist Zenkichi was indeed boring even if he also possessed development. He was a hypocrite and ignorant to the end. And yes, Kumagawa was the best character in the manga, as mentioned. That is so undoubtedly obvious that it almost hurts. The character still, presentation [ 5] There's not much to say about this. The drawing style is almost average but still kind of peculiar. The choreography was barely there and the fights and depictions had no dynamics at all. It was almost tiring to read the fights. Conclusion Medaka Box is a double-edged sword, either you kind of like him or you hate him. He just tried to do too many things and parody some clichés in the process. Unfortunately, he ended up barely creating anything of his own to rise above the average. So much criticism of the typical "protagonist setting" and "plot armor" cliché, which was also used as a satirical concept. But in the end, the manga was just empty. By the way, the final fight against Ihiiko was one of the most boring final fights you could have found. The Alphabet cliché was completely pulled off. Enjoyment [4]

Medaka box is a very enjoyable manga purely for its amount of characters. The Characters are very diverse and all of them are likeable. The fight scenes are Great and enjoyable. The story is very nice. This manga likes to make every villain a friend and a friend to a villain.I highly recommend it for those who like a mixture of Action and detective kind of thing. 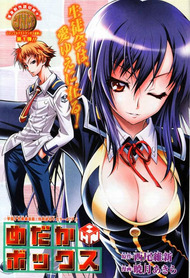 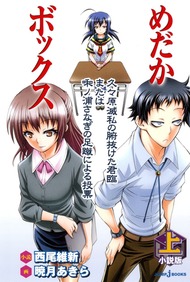 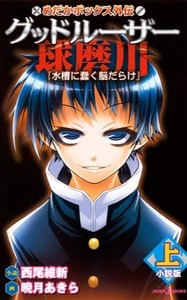 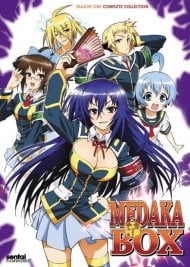 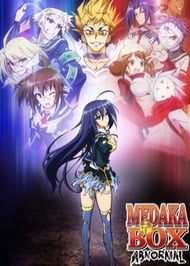