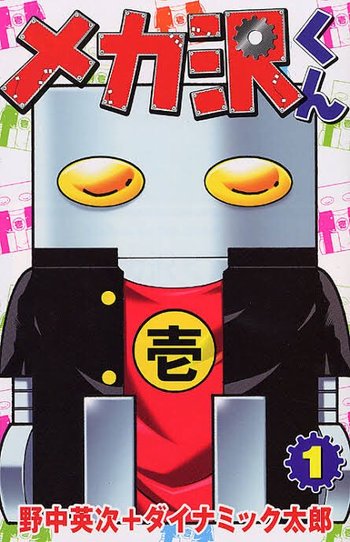 In ancient Japan, the Shogun established the Ooku, a harem of beautiful females, to give birth to and raise the heir to the throne. But 400 years later in a timeline slightly different from ours where the military empire still exists and Japan is still closed off from the rest of the world, the Ooku is in chaos. What used to be full of gracious and refined ladies, the girls now are violent and rude. They do as they please, get themselves into shenanigans and wreck havoc around the castle!

This manga is a heartwarming beautiful girl anthropomorphism gag manga created to soften the hardenened hearts of the present day.

I, Otaku: Struggle in Akihabara

Meet closet “otaku” Sota, a seemingly normal high school student with a secret obsession for the dog-eared anime character Papico. During one fateful trip to Akihabara, Sota’s life takes an unexpected turn when the crazed owner of a collectibles shop forces Sota to come out in all his fanboy glory.

When Yasuharu bought a limited edition version of a debating simulation game, the last thing he was expecting was a beautiful video game girl named Popomi to burst out of his TV and invade his life! To make matters worse the only thing Popomi seems to do is sit around Yasuharu’s house all day, drink beer, read manga, and cause mass havoc! Yasuharu’s peaceful life of playing video games quickly turns into a rampaging 500 pound gorilla as more video game characters come into his life. Who in the world is fixing Yasuharu’s house each time Popomi destroys it with one of her rampages?

"In this world, there are all kinds of perils! I'll teach you how to save yourself from those dangers, you moron!" So says Dangerous Jiisan, always looking out for his grandson. But, lacking any common sense, he usually makes things catastrophically worse in ridiculous, funny ways.