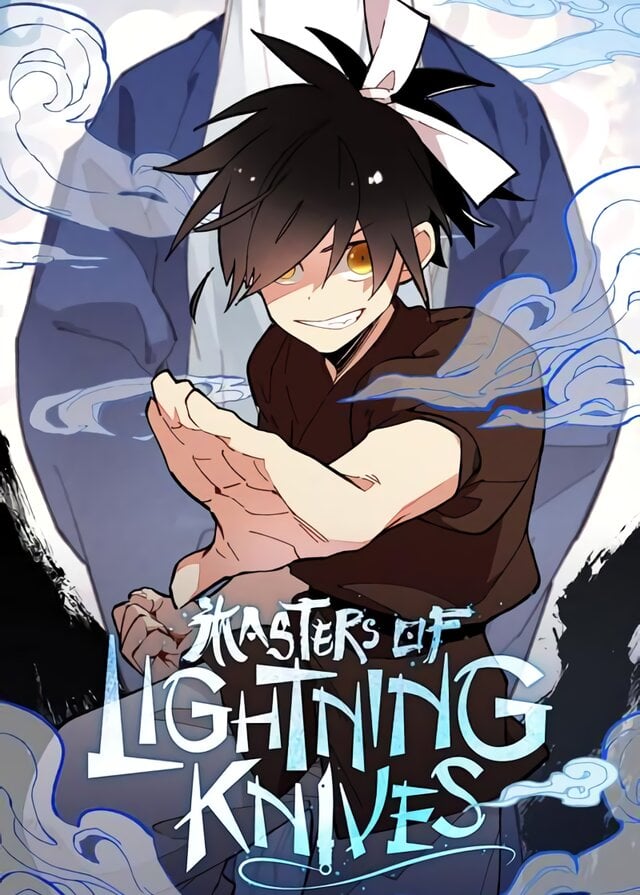 Mu Sung, a young worker at a restaurant dreams of winning the heart of So Yeon, the youngest daughter of a renowned family. He decides to become Shinsu Jeil Blade, a term coined after a convicted swordsman who placed beauty above everything. By a chance of luck, Mu Sung gains a handbook written by a legendary master and receives an unknown power.

The mc of both of these manhwas have different characters but both of them started as weak person and became stronger and traveled the world, both of them also have someone they hold dear. for the Lightning Degree mc, it's his childhood friend and the mc of Shinsu Jeil Sword have the popular lord's daughter

The bow is a weapon that dominates everything in sight, even for targets hiding at distances too far for the eyes to see. Just imagine a weapon you cannot even see targeting your life. What could possibly be scarier than that? A training regime from hell with a brutal grandfather. A joyful trip to Zhongyuan in search of a wife. The rise of a hero who will overturn the Murim world. Ki Guided Arrow - a fresh take on Ki Guidance that is stronger than both the Ki Guided Sword and Blade! Fire the arrow into tomorrow!

In an ancient world where martial artists reign supreme, Unseong can only watch as his master is brutally beaten to death after a false accusation of practicing forbidden demonic arts. Even after a valiant fight, he fails to kill those responsible and faces his own end. But fate has other plans… Instead of taking his last breath, he awakens as a child, training to be an elite soldier of a demonic sect. Now Unseong must embrace the demonic arts and harness power in his ultimate quest for revenge.

Both has really good MCs that are enjoyable to read. I think why it's a good recommendation because it contrasts each other in almost any element but you end up getting the same feel from each contrast. Heavenly demon mc is more serious and lightning degree mc is laid back but both are insanely interesting to read about. Heavenly demon mc has an ambition, a revenge from the beginning of the series but you see hints of him being able to live a better life when all the fighting is over. While lightning degree the mc has no ambition and goes out to find one instead but you see hints of him being connected to a lot of stuff that are important in that world.

I had been abroad to do medical volunteer work, when I was swept up in a civil war. I was killed by a rebel soldier, while taking a bullet for a patient. But when I finally woke up, I had become a child?!? And in front of me stood a destroyed carriage and a group of oddly dressed people, who were unconscious! As I hurry to perform first aid in an attempt to save even one person, I realize that this world is that of [The Supreme Demon King], a Murim novel I’ve enjoyed reading...

Both have young mcs with who are orphans without anything that are adopted by a master to become their disciple. The exchanges are really nice to read in this dynamic and you get to see them grow from childhood to adulation and the training that follows.

Created by god, the land of Astad is filled with stories and legends. We, the Astad Royal Travelling Troupe is a sure choice you will not regret. We will show you the tales you've only heard until now right infront of you! Come to watch the amazing acts and shows selected directly by the revered Elf scholar, Lafner.

The second season of Counter Cube.

Harry, who grew up dreaming of Dragon Rider while watching TV as a child, rescues the eggs of the dragon 'Sapo'hanging on the edge of the cliff and bring them home. 'Rano', a baby dragon hatched in the barn of Harry. Although the level is low, it's Harry's best friend.

Star, a mysterious, naïve child, searches for Garion, an alleged miracle-maker who is said to live in a lone apple tree, so that he can keep his best friend Miru, a seasonal flower, from withering in the coming winter.