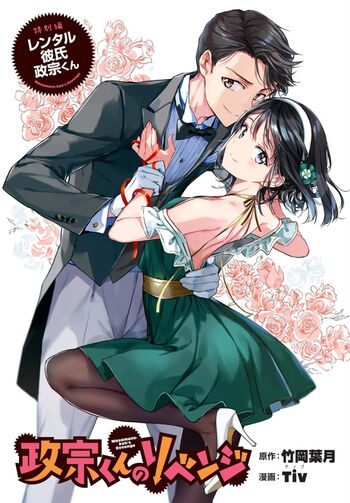 If you're looking for anime similar to Masamune-kun's Revenge: Rental Boyfriend Masamune-kun, you might like these titles.

The Dangers in My Heart

Ichikawa Kyotaro, a boy barely clinging to the bottom rung of his school’s social ladder, secretly believes he’s the tortured lead in some psychological thriller. He spends his days dreaming up ways to disrupt his classmates’ peaceful lives and pining after Anna Yamada, the class idol. But Kyotaro’s not nearly the troubled teen he pretends to be...and it turns out Anna’s a bit odd herself!

The second season of Masamune-kun's Revenge.

Boyish high school girl Aizawa Tomo finally manages to tell her childhood friend Jun that she's got a crush on him. Unfortunately, her confession goes right over his head—he didn't even realize she was a girl until junior high, and even now, Jun still thinks of her as a bro! How can Tomo-chan possibly convince him otherwise and win Jun's heart?

Izumi Miyamura is a lonely teenager who, despite being very recluse, ends up sharing a secret with a classmate. Her name is Kyoko Hori and he helped her younger brother when he got injured. Both are surprised by how different they look and act outside school. From then on, a peculiar bond is formed between them.