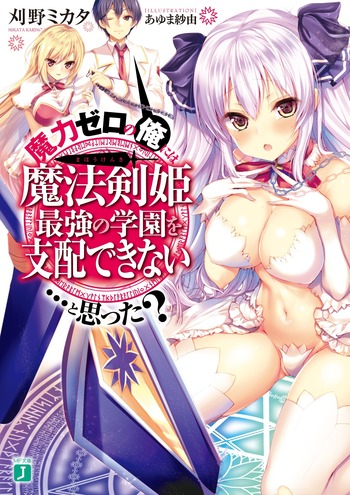 If you're looking for anime similar to Maryoku Zero no Ore ni wa, Mahou Kenki Saikyou no Gakuen wo Shihai dekinai... to Omotta? (Light Novel), you might like these titles.

Pride, Envy, Wrath, Sloth, Greed, Gluttony, Lust. These are the seven sins laid upon seven girls who rule over Biblia Academy. To retake his world, the boy decides he must control these sins... The boy, Arata Kasuga, has had the world he knows by a mysterious "Collapse Phenomenon", and his cousin Hijiri disappears into another dimension. To understand the Collapse Phenomenon and win back his cousin, he comes to Biblia Academy. There he finds the seven girls and their sins.