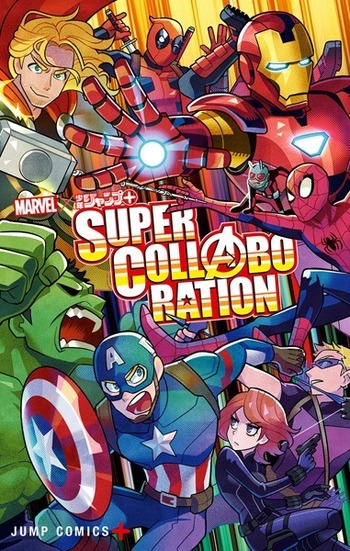 [Reviewed when it was just a Deadpool oneshot, will update later]

I've read a handful of the older Deadpool comics, and I gotta say that the breaking of the fourth wall wasn't nearly as pervasive or in your face in those stories. But I think that's what Deadpool's shtick has become in the modern era, so this manga plays on it. It's just a series of references to various manga and the fact that this is a collaboration between Shonen Jump and Marvel. Deadpool is drawn pretty okay, but their version of Wolverine looks stupid. And many of the side characters also don't look very good. This comes across as an advertisement more than anything. I wouldn't recommend it.