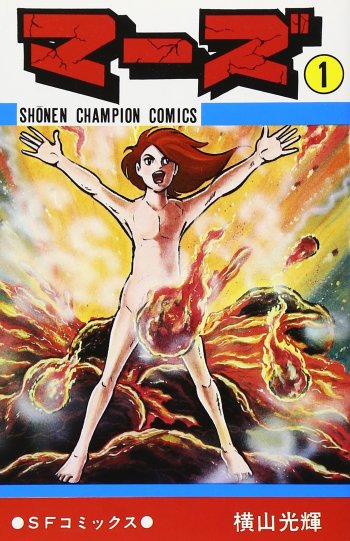 It focuses on a boy named Yamano Koichi, who is one day revealed to be the heir to the supernatural powers of an alien named Babel, who was stranded on Earth 5000 years ago and built the biblical Tower of Babel. Koichi becomes Babel II, armed with supernatural powers and served the Three Servants: the shapeshifting Rodem, the giant, pterodactyl-like Ropross, and the humanoid aquatic robot Poseidon. With his newfound powers, Babel II seeks to put an end to the ambition to Yomi, a man from the Himalayas who seeks world domination.

In the future, the third energy revolution starts with the invention of the Shizuma Drive and humanity celebrates a new era of prosperity. But lurking is the Big Fire, a secret organization that wants world domination. The International Police combating this threat counting with Giant Robo, a giant robot controlled by just a couple: Daisaku Kusama.

Two meteorites fell to earth – one with a giant robot inside and one with a small boy. The robot was taken to scientists, and the boy was raised as if human. But unknown to everyone, including the boy, is that they were sent there to test humanity and see if given too much technology they would destroy themselves…

Danger Planet is an intranet-based online game which is played using a V.P. (Virtual Puppet). VP is an avatar which a person uses in the game. However, unlike avatars from current online games, a VP is allowed to be modified by a person if he or she has sufficient programming skills. Kilio Nimra is a normal high schooler who likes games. He and his friend Kurata always play Danger Planet after school and one day they meet a very tough opponent.

Fourteen-year-old Kouichi Hayase’s life has always been a mediocre one, if not dismal. However, those days of being bullied by classmates and escaping to a fantasy of being a hero are put to an end when a certain “accident” bestows on him a girl and a gigantic humanoid robot called “LINEBARREL”. The extraordinary power that Kouichi obtains puts him and everything around him on a sudden rollercoaster ride of battles, intrigues and friendship! During the course of his adventure, the boy starts to learn what life has to offer; he meets new friends, bids farewell to the old ones, but most of all he now has considerable responsibilities and is forced to confront the world around him.