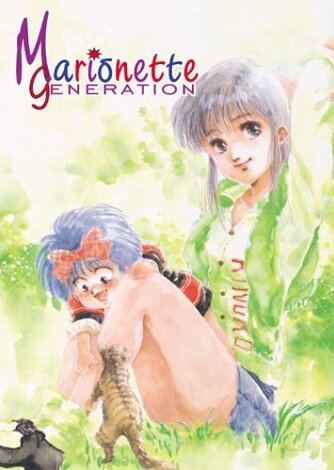 A legendary dragon once brought the land of Astoria to the brink of ruin. He was defeated by a man named Yurius, who was soon supposed to go to his princess and live happily ever after. However, with the last of his strength, the dragon placed a curse on Yurius: all his memories will be erased, and his body will turn back to a child. It is now the goal of a novelist, Elliot, to return Yurius to the courageous person he once was.

Her boyfriend thinks she's the cutest girl around, but her expressions can be a bit hard to read…

A lonely fairy of a spring meets a very negative young man.

Akira Hanada is 34 years old and unemployed. That's okay, though, because his mom is going out of town for a bit and asked him to watch her plant shop for her. The problem is that he doesn't know anything about plants. And so the succulents of the plant shop pray to the plant fairy, who grants their wish and gives them the ability to talk with Akira! Now this job is getting weirder and weirder, and his mom just let him know she'll be gone for a year!!

Kanata is a scientist. After his former love died he became a workaholic and alcoholic. He is working on an experiment when he accidentally makes a mistake and a boy suddenly appears. He tried to shake off the boy's existence by trying to dispose him because he is no human but his friend stopped him. Their relationship started to broad anew journey when Kanata gave him a name, but deep inside his heart Kanata feels an incredible pain caused by the reality that appear before him, a boy came from nothing whose resemblance with his former love is undeniable...

A girl has an unexpected meeting in the garden of her house.