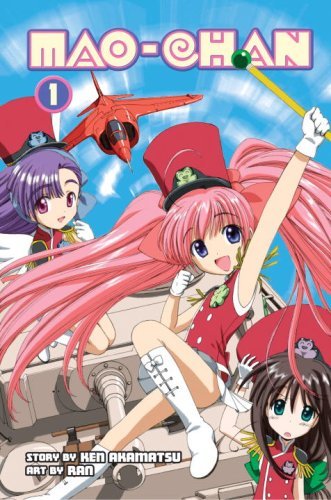 Tsukuda Mina is an average high school girl who has been given the chance of her dreams: to be an announcer on her favorite sports news program, Spoluna. While covering her first big event, the baseball stadium is attacked by aliens who happen to love sports. Mina learns that she is not such an average girl after all when she discovers she has the powers of a member of the Rabbit Force, a group of magical girls who are responsible for protecting the Earth's sports and defeating the aliens who threaten them! Now Mina must find a balance between her new responsibility as Rabbit Force's Tsukishiro Mina and performing her dream job as a sports announcer.

Komugi Yoshida is an energetic but clumsy middle-school student who performs as an idol. Although her popularity is lacking, Komugi lives a dual life between her two worlds, until a mysterious creature named Usa-P appears before Komugi and grants her the powers of a Legendary Girl. Now Komugi has reluctantly become Magical Nurse, and must add a third life of fighting monsters to her already crowded lifestyle.

When Sasami was very young she promised her parents that she wouldn't use her magical powers - though as a young girl, she sometimes does an innocent deed regardless. Sasami always has a positive attitude and likes making new friends such as the timid Misao, and loves to cook. However, when the Cooking Club's leader - the new teacher Ms. Washu - seems insistent on making the girls prove their worth, they soon discover that the club is just a front for the Magical Girls Club! It seems that Ms. Washu is actually here to make sure any magic-using girls use their powers responsibly. Along with Misao, Makoto, the rabbit-like Ryo-Ohki and other new friends, Sasami trains hard to be the best Magical Girl she can be!

Time has passed since the war involving the curvaceous Papillon Soldiers, and much of the city has been destroyed. A new start means a new job in a lingerie bar for Tsubomi – the alter ego of the superhero Papillon Rose. The buxom babe, along with her Papillon colleagues Anne  and Shizuku, have lost their memories in the aftermath of the war. Soon, a new enemy appears in the form of the Susanoo sisters – three aliens who bring devastation and a variety of sexually-deviant monsters. Earth’s only hope is Rama, a panty-obsessed cat who has the power to help return the Papillon girls’ memories. Will he help them remember in time, or is Akihabara doomed to be overrun by these risqué invaders?

One day in the lab, Professor Utonium, his son Ken and the digital pet Peach accidentally discovered the recipe for the powerful Chemical Z - after which large glaciers started to appear in the city! After firing the chemical into the glaciers, beams of white light fell from the sky onto three unsuspecting high school girls; and thus, the Powerpuff Girls Z were born! Now, the boy-crazy Momoko, popular Miyako and tomboyish Kaoru must protect Tokyo City from the evil monkey Mojo and other villains, while trying to live "normal" high school lives!