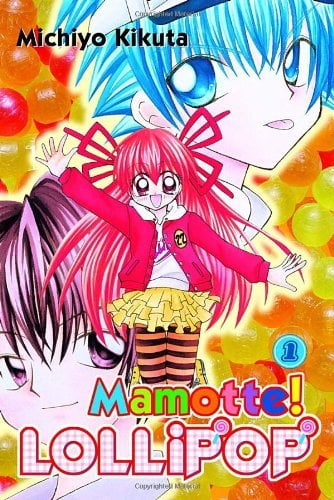 A Hope Seed has suddenly sprouted from Flappy's head. Goyan uses a Despair Seed to find it, which turns into an Uzaina. Saki and Mai transform and fight the monster, but are swallowed by it

Only one woman may rule the universe: she is the Queen. Her role is to keep the balance of creation and, with the help of her nine Guardians, make wise decisions that benefit all. However, the Queen’s powers do not last forever; once they begin to fade, a successor must be found to take her place. Enter Rosalia and Angelique, the finalist Queen Candidates who must face each other in a contest to determine who will take the throne. As they live through adventures in the Holy Land and get to know the Guardians, their true abilities are revealed – but who will come out victorious and claim the ultimate prize?

The principal of Momiji Academy is furious. Her students don't compare to the student body at Urara Academy, and she wants to know why; thus, she decides to do the only logical solution: she sends a spy, the young Popi, to discover Urara's secrets for the taking! But when Popi arrives, he finds that discovering Urara's wonders might be difficult due to the lighthearted and random nature of the faculty and staff. Can the were-puppy Riiya, sorcerer Seravi, jovial Chacha and the rest of the gang help the secret spy Popi feel at home, even in the home of his rivals?

Sakura and Tomoyo have won a trip to Hong Kong – a place full of magic and mystery! But little do they know that winning the trip was the result of an evil power beckoning the Cardcaptor into its grasp! Joining the duo in Hong Kong are Syaoran and Meiling, as well as Syaoran's mother, who warns Sakura to stay clear of water due to a mysterious impending danger. Yet all the caution in the world can't stop Sakura's intense dreams of a lady in the water from occurring. Mysterious forces are at work; can the restless evil be put to rest, or will it swallow the entire city beneath a thunderous flow of water?