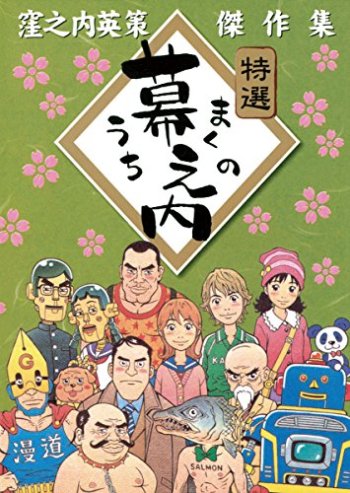 A collection of Hoshino's early science fiction short stories (of which the one-volume US release includes only two). Saber Tiger: a team from the 25th Century is sent back in time in an effort to protect their caveman ancestors from harm and thus increase the size of the future genetic pool but they may have underestimated the power and tenacity of the age's predominant predator. The Planet Of The Unicorn: a team of scientists and assorted test animals land on an Earth-like planet in order to ascertain its suitability for colonisation. At first the planet seems ideal but after their ship becomes bogged down on the ground it soon becomes clear that something about the planet is causing both humans and animals to act in unnatural and undesirable ways.

In the future, robots are more than machines. Autonomous “cyber-persons” with A.I. brains are part of society, interacting with humans and growing their own culture. In fact, they may be surpassing humans, as biological homo sapiens and their own world have begun to die out. But are humans truly disappearing, or are robots the new “humans”?

Two elementary school pupils, a girl named Marin and a boy named Satoru, fall in love and are blessed with a rather unorthodox child which happens to be a robot. This robot is called Shingo and the story recounts how its mind develops and how it travels the world in pursuit of its ‘parents’ whom it has never had a chance to meet.

Stardust Memories is a short story compilation of human beings in the distant future where we have traveled deep into space. Each story describes a moral dilemma that people traveling in space may experience which is something that we have yet to determine in the current world.

A sci-fi manga collection of psychedelic short stories by Keiichi Koike. A drug in paper form!