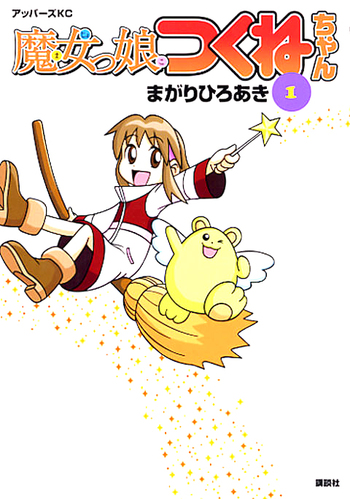 Three classmates play simple hand games. One of the girls is good at games, but hates them as she always lost to her older sister and forced to do chores while growing up. Another girl is of American descent, but raised in Japan, and who only pretends to be bad at Japanese. Another girl usually observes their games, and loses to the other girls.

Japanese Hell consists of 272 subdivisions, and the demon Hozuki is tasked with making sure they all run smoothly. Calm and level-headed, he efficiently navigates Hell's internal affairs while his boss, the Great King Enma, is busy judging the dead. Although Hozuki has a soft spot for cute animals and is known for his love of gardening Goldfish Flowers, he's certainly no pushover. This demonic bureaucrat has a mile-wide sadistic streak that keeps his subordinates and even King Enma himself in check. Is Hozuki's iron will - and iron club - enough to keep the afterlife running smoothly?

Hail Ilpalazzo! Excel is always ready for ACROSS duty! With faithful, frail, fading accomplice Hyatt and loyal emergency ration supply Mince, she's ready to prove it's all society's fault! With a corrupt world that only ACROSS can save/rule, their task must begin at a realistic level - with the conquest of a city. Other world domination organizations may have money, but they have spirit! A government organization out to protect the city, and even Excel's own luck may hinder them, but not even death will stop one of their number. But how can these girls save the world when they can't even guarantee they'll have dinner tonight?

In the future, a man named Sakura is destined to create the technology for eternal life, which (due to Sakura's lolicon tendencies) freezes all women's aging once they turn twelve. God refuses to allow this, so he sends his angels to the past to kill Sakura before he can do this. But one angel, Dokuro-chan, decides to try to change the future without killing him. Problem is, Dokuro is very temperamental, and is constantly killing Sakura (and lots of other people too) in incredibly bloody ways with her giant spiked club. Good thing she can bring people back to life - if only to grusomely kill them again the next time she loses her temper...