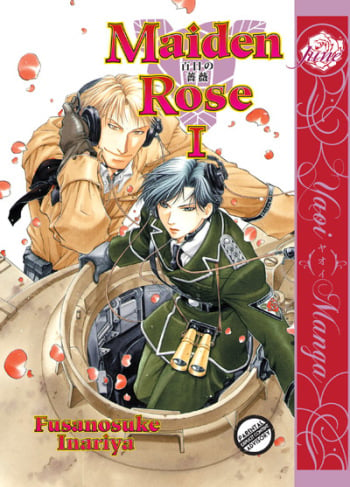 A former Nazi official is kept captive by the ruthless young doctor who knows him so very well and is determined to make him pay for the past...

A wounded soldier with a disturbed mind kidnaps the priest who tries to help him. He then has the brilliant idea of going AWOL with the priest. He's in the middle of the African desert in WWII, with supplies running low and his sanity (or is it his morality?) long gone. All that's left is pleasure and agony. And maybe, eventually, death.

During WWII, Yamato enrolls in an army preparatory academy in hopes of becoming a great military general. However, he’s confronted and pushed down by an elite instructor named Onizuka! This is a forbidden love story between the self-centered instructor Onizuka and the intelligent but prideful student Yamato!

It was the roaring 20's, and the country was Japan. Bluecat, or Aoneko, is a debonaire aristocrat with too much money and leisure time. Along with his servant boy Tigerman, he dabbles in private detective work much to the chagrin of the real police detective Mr. Bee-Prince (Hachiouji). Bluecat is handsome--and yes, he knows it--witty, polite, and popular among the rich. However, his deviant libido, as well as his own attractive nature, often land him in danger.

A series of one-shots set in a world that seems to be mostly like ours... but with centaurs. The stories are all about human/centaur interaction, and most have a slice of life feel to them. Some are sweet and innocent, some a little sad, a couple are explicit. Featuring est em's typical deceptively simple, masterful composition and writing.

Love-affairs between the members of an army team, the Seal. The main characters are Jim and Roy, of whom Roy is the captain of the team. Although he acts quite tough, inside he is very weak and suffers from several bad experiences in his past. Then there is also the young Cyril (?) who happens to be very self-destructive.

In the year of 20XX, United Nation Allied Army tries to overpower the Yamato Empire from the Fareast. Colonel Irving of the Allied Army captures a beautiful Yamato lieutenant named Yamamoto. The prisoner’s interrogation quickly turns into a grueling torture, while his captor ends up succumbing to his lust for his mysterious prisoner…

A grand-scale masterpiece of life in a dystopian future, Aegis paints a picture of the love and friendship between orphans Jino and Izare. Having gained independence from Revro, the earth secretly trains an army of boys. Jino and Izare are abandoned to the camp, and Izare silently sacrifices himself to keep his promise to Maria that he'd look after Jino. But Jino escapes the soul-killing cruelty of the camp. With Jino in his heart, Izare remains to become an ultimate weapon. The boys' lives, and the secrets of the mysterious Maria, gradually unravel in this epic sci-fi drama. For earth, can peace and utopia be won?

Although they were never close during their school days, Mitsuo Ichikawa and Mitsuo Ichikawa were deeply drawn to each other due to their shared name. Even years later, this bond survives, so when one Mitsuo accidently kills a woman, he calls upon the other to help him dispose of the body. In the aftermath, the two rekindle and advance their relationship, but can their love survive the turmoil of ex-girlfriends, drugs, and crime syndicates?