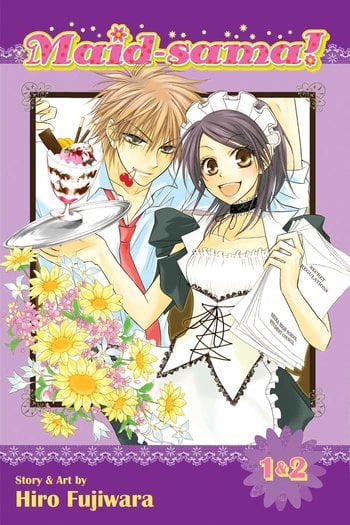 Plot
Maid-Sama! is a love story between Misaki and Takumi, there blossoming love and the problems they must face. To avoid some spoilers I wont go deep but Ive had some issues with the plot. Once you get to those points you might understand what I mean.

The biggest issue is the ending of the show, it felt rushed in the last few chapters. Misaki and Takumi had a huge problem with Takumi his family and Misaki had alot of hurdles to overtake but in the end the didnt need any of the things she learned as the problem was magically solved in one page. After this issue was solved it was a sprint towards the end with the issue of being seperated for a long time, a page long timeskip and then the sudden (happy) ending. I felt they could of explained some more about this instead of jumping from a problem towards the happy ending.

Despite this it however was still a great romantic comedy.

Characters
Only some small issues here. We have Misa-chan our demon cinderella, the emberassed tsundere. Takumi our perverted alien prince, who in my opinion however was a bit to dominant in some occasions, like Misaki was his property. And the always great Suzuna, ''super mega cheese hamburger time''! The father and his story however seemed not really needed for the story. Overall it is a great and funny romantic comedy, but I prefer the anime above the manga. Hopefully they will finish the anime one day. Misaki X Takumi forever!!!!I loved this sooooooooooooooooo much i just love them and i so terribly hated it ending with just a kiss after fireworks in the anime. This made me sooo happy to read completely and it to have a happy ending!! Its so sad to know its over now and i really want to just purchase the anga so i can keep it forever. Its my number one favoirte anime/manga literally! <3 its so funny, and dramatic t times and just lovely. It fit my personal tastes to a T and i just love the plot design and characters. The ending was wierd to see them having grown up but it was worth reading and seeing them married and still temselves no matter the age....ahhhh! i'm so happy~ A DEF MUST READ!! (some people may not agree but :P this is my opinion not yours  i loved it , don't say anything if you have nothing nice to say -.-) 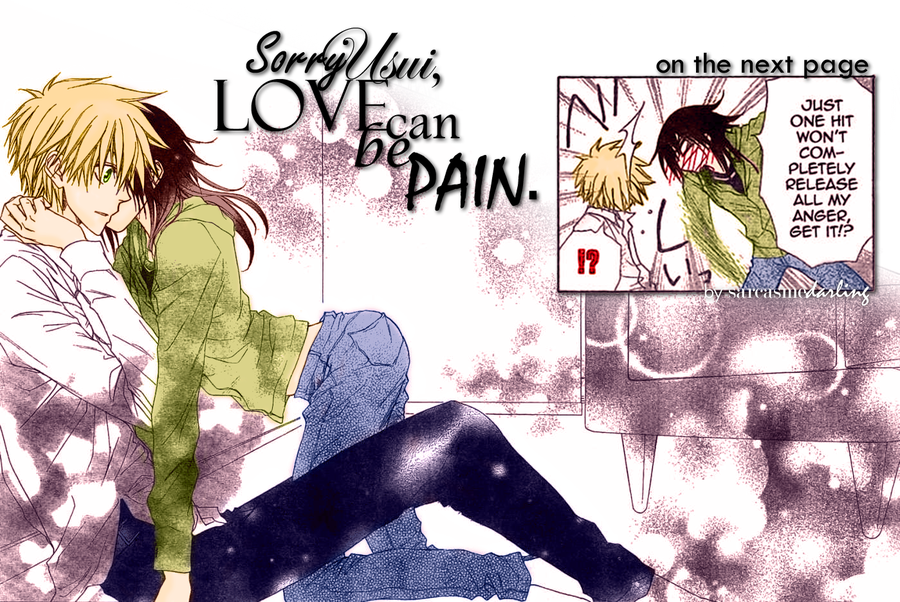 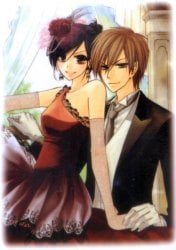 The story is simple, but it doesn't need to be difficult in order to be great. But when you read further, where the anime ends, the plots gets a little more difficult. But this also makes it more interesting. If you thought Misaki and Usui will now change completely and won't have those great moments since they confessed: you couldn't be more wrong. Misaki is still very shy when it comes to love and Usui still has his great actions which makes you laugh everytime. After this confession you will get to know a little bit more about Usui, who he is and what his history is. Problems are also starting to unfold and new characters are introduced so the story is far from dead. There are still enough sweet and funny moments in this manga which makes it so great, so if you liked the anime and you can't get enough of it: READ IT!

It's just beautiful. There are some beautiful drawings in this manga of Usui, Misaki or the two of them together. The art style of the little stories about Hiro Fujiwara herself are simple and therefor great. And let's not forget the great drawings made by Junmi: the drawings of the characters by her were great, it brought a big smile on my face :) They were genious!

Almost every girl that watched or read Maid Sama fell in love with Usui. He's the typical bad boy, has some funny actions and then those looks.. <3 He's just too much. Too bad he doesn't exist in real life :( He will take every chance he has to corner Misaki but never goes too far in this. He will make your heart race and you will probably fall in love with him, just like I did. Who wouldn't?

Misaki is a hard working girl that obtained the title of being the first female president of a formerly all-male school. Unfortunately her father left her family with a great debt and since then she's hated men. That's also the reason all the guys in school can't stand her. All.. instead of one: Usui, who never showed any interest in other girls. When he finds out she works as a maid, she suddenly becomes interesting. With the help of Usui, Misaki slowly begins to trust men again.

Hinata is a childhood friend of Misaki. He has fallen in love with Misaki when he was little and when he lost touch with her, he continued having a crush on her. Eventually he finds Misaki on Seika High and he finds out that he has a rival when it comes to conquering the heart of Misaki: Usui. The battle unleashes. Hinata is a person you'll also feel sorry for but the rivality between Usui and Hinata is just great. A sweet boy against a bad boy..

Yukimura is the vice-president of the student council. He's such a cute and innocent boy and thanks to Usui you can't help but to feel sorry for him. You will love him!

Misaki and Usui together form a great duo which has many passionate and funny moments. It's one of my favourite couples.

It's a manga that I'll recommend to anyone who loves shoujo. It has many romantic, passionate and funny moments and the characters are all great. I don't laugh easily, so I was surprised that I laughed so much about this manga. If it can make me smile, it will definitely make you smile.

This is one of the first mangas I read, and despite reading and watching several other series, it's still one of my favorites. I love the characters and the humor. But that's not to say that it is perfect. Without giving out any spoilers, about a third into the series a new story arc starts that I couldn't really get into. I also felt that it was being stretched out unnessasarily. that being said, this is truly an amazing story and one I have revisited several times.

I first watched maid sama as an anime because my best friend recommended it to me. It's one of very few anime's where I've actually gone and started to read the manga afterwards. It's a really well done manga, definitely recommend it if you're just getting into the romance genre or if you just like romance in general. :)