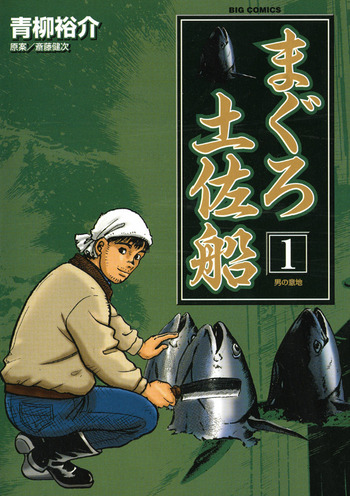 Six months ago, a scream was heard all around the world, killing a third of the human population. The story follows Sorakara Kuu—the boy who is not moved by anything, whether happy or sad; whether it's comedy or tragedy.

Hiroshi is enrolled in a special elementary school with a challenging leadership program. Every two years, the classes are mixed up, and a fight to establish who is the leader of the class begins. Using his copy of Machiavelli's Prince as a reference, Hiroshi struggles against his clever and charismatic classmates to increase his number of followers and thus acquire the coveted position of class leader!

Danshi no Tame no Jinsei no Rule

Centers on a host club in Shibuya called "club indigo." Unlike traditional host clubs, club indigo has hosts who are also dancers and DJs, and has more of a nightclub atmosphere, complete with an owner who was a former street tough himself. However, club indigo's employees also solve mysteries in their spare time all