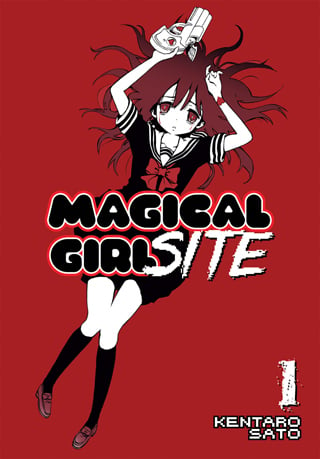 Asagiri Aya is a young girl who has fallen victim to bullies at her school. Looking for a way to escape her troubles, she looks to the internet for distraction, when a mysterious website called “Magical Girl Site” appears. Simply viewing the page is all it takes to hurtle Aya headlong into the deadly world of the Magical Girl Apocalypse. There, it’s fight or die, against a seemingly endless array of savagely adorable, frilly-skirted killing machines, each armed with magical powers and an unquenchable thirst for blood and chaos.

Review written after reading both the prequel (Magical Girl Apocalypse) and sequel (Mahou Shoujo Site Sept) to Mahou Shoujo Site AKA Magical Girl Site.    While definitely more plot linear than the previous M.G. Apocalypse manga, M.G. Site still ended up being rather convoluted story-wise towards the end. There was a reappearance of characters from the prequel that was just...not explained? There were definitely some plot holes, and some questions I have about the ending.    It also appears that the author has a thing for unconsentual sexual molesters teaming up as part of the protagonist team, but it's definitely more graphic and just generally messed up in M.G. Site, and then they push it even farther in the short 10 chapter series of M.G.S. Sept (although they don't become a part of the protagonist group). Which can leave a bad taste in your mouth, as basically (almost) none of them recieve any type of punishment for the actual crimes they commit. There are also some light incest incantations in this one, so heads up if that's a, well, deal breaker for you.     Other than that though, the character development is much stronger in this one, as the entire cast gets a bit of it instead of just the selected "main team". There's actually A LOT of character development, which is really great to see in a Magical Girl manga, because a lot of them don't build up their female leads at all. While there's definitely some questionable magical girls in the series, they do build up trust in each other, and themselves, which is nice. They grow as individuals, and as a unit.    I also appreciate that some of them are honestly just bad people, instead of being perfect happy heroines. There's also some 'good' people in the series who do 'bad' things fueled by revenge, or necessity. If it's not already tagged as a psychological manga, it deserves to be. It's a bit like Puella Magi Madoka Magica in the regards that there is a LOT of tragic aspects to the series. The author definitely noteably improved in this series.     It's definitely worth a read if you can forgive the plot structure towards the end, and are a fan of magical girl series with a darker twist. If you've read M.G. Apocalypse, do yourself the favor of continuing the series with M.G.Site. 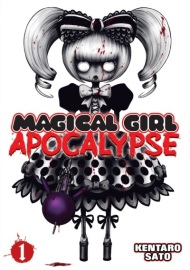 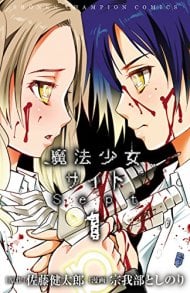 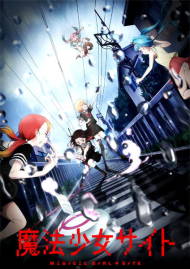 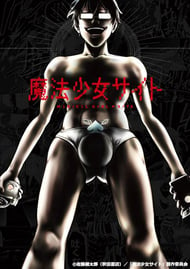