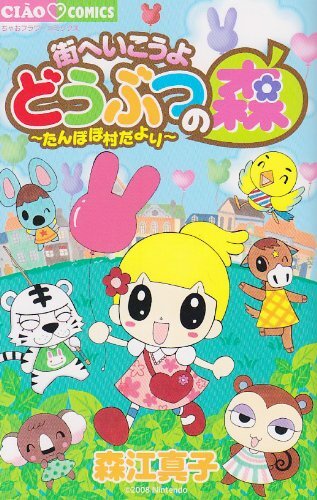 If you're looking for anime similar to Machi e Ikou yo Doubutsu no Mori: Tanpopo-mura Dayori, you might like these titles.

The everyday life of an elephant and a woman, his wife in a lakeside house. Their life together with a certain distance repeats itself. The traces of the passing time cover the familiar landscape. One day an accident happens to the couple living together with contradictions and secrets…

The second season of Gunma-chan.

The story revolves around a not-so-normal high school girl with the surname Inui (a pun of the word 'dog') who happens to be a dog. Together with her best friend Rurumi Usagi (pun of the word 'rabbit'), Inui plays around and falls in love.

The story centers around a mysterious tall tower built from an (unsteady) stack of building blocks. Every morning, noon, and evening, an old timekeeping man rings the bell in the tower to confirm the time for the local townspeople. However, one day at noon, the tower bell fails to ring—leaving the townspeople confused about when to eat lunch. The fantasy adventure begins when Karl, an inquisitive boy living in the town, decides to go to the tower's plaza to see what is the matter.

The new anime is titled PJ Berri no Mogu Mogu Munya Munya, and it will center on the PJ Berri character.