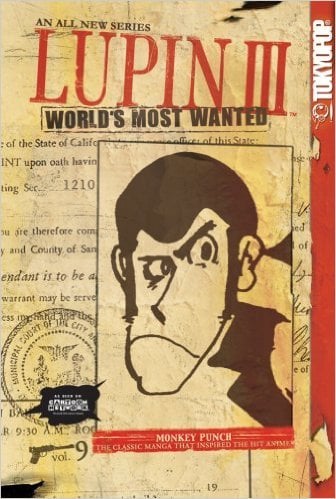 If you're looking for anime similar to Lupin III: World's Most Wanted, you might like these titles.

There’s a secluded house in the desert where Fujiko Mine helps a man named Randy take care of his frail son Gene. It’d be idyllic, if it weren’t a lie. Randy’s embezzled a load of cash, and Fujiko couldn’t care less about the family. Or... is that the lie? When the corportion Randy stole from sends a bizarre man to kill him, Fujiko heeds Randy’s request to protect Gene, and goes beyond the pale for the boy.

Lupin's latest heist involves stealing a pair of jewels that hold the secret to an even greater treasure, but unfortunatly there's a lot of obstacles in Lupin's way. The smallest one involves Maki, a 14 year old girl who wants Lupin to teach her to be a thief. But what is her connection to the treasure and the mysterious girl Misa. The secrets behind the treasure reach back even into Lupin's own past.

At an auction in New York City, Lupin tries his hand at winning a ring; but after being outbid by one dollar, he decides to steal it instead! The ring contains a secret to the whereabouts of a legendary brooch that is known to have been in the possession of the world’s most infamous dictators – and Lupin wants the treasure for himself. However, when he is forced to hand the ring over to an armed man working for the Bank of World, Lupin follows him to track it down. Now, with Jigen seeking revenge, Goemon requiring funds, Fujiko aiming to regain the money conned out of her, and Lupin wanting to get to the brooch, the group must work together to take on the Bank of World and fulfil their goals.

The Tokugawa family fortune was hidden away at the end of the Edo period and today would be worth trillions of dollars. Such a large prize is naturally appealing to Lupin, who wants to get his hands on it, but there’s a problem – no one knows where the fortune is hidden! The only way Lupin can find the treasure is to obtain two glass plate photos that have the location of the loot etched into them. However, Jigen has a cavity and isn’t on top form, and Goemon’s sword was stolen, so this won’t be an easy job. Plus, to top it all off, Lupin isn’t the only one after the photos; just what does the businessman Michael Suzuki want with the photos, and is the secret they hold really as simple as a treasure map?

After Goemon is attacked by a group of ninjas who desired his Zansetsu sword, Lupin, Jigen and Goemon part ways. Lupin and Jigen’s next adventure takes them to Hong Kong, where they meet the Mafia boss Chin Chin Chu. He informs the duo of an extremely valuable Dragon figurine he wishes to obtain, and he requires Lupin and Jigen’s help to get it. However, acquiring the statue will prove difficult for two reasons: it’s currently located at the bottom of the Atlantic in the remains of the Titanic, and it’s an heirloom of Goemon’s clan. Now, Goemon will stop at nothing to retrieve the statue and keep its secret hidden, even if it means fighting against his own friends.

After receiving a note from Lupin, Zenigata arrives at the birthday party of a rich politician. Sure enough he sees Lupin, who tells him the note is a fake and he’s there to find out who sent it. However, mayhem ensues when a gang of masked assassins known as Tarantula gatecrash the party, killing all in sight! During the commotion, Zenigata is shot by a man wielding a Walther P-38; a gun that Lupin recognises all too well. Then, when Lupin sneaks onto the uncharted island that serves as Tarantula's base, not only is he forcibly recruited into the group, but he also gets caught up in a deeper plot that splits the assassins in two. Can Lupin settle the score from his past, and maybe snag some gold along the way?

Lupin has become a suspect in the murder of a professor named Theo Argent. The professor had just discovered the missing page of Marco Polo's Record of Observations of the East travel journal. As Lupin is being pursued by the police, he ends up getting unlikely help from the granddaughter of Theo Argent, Lisa.