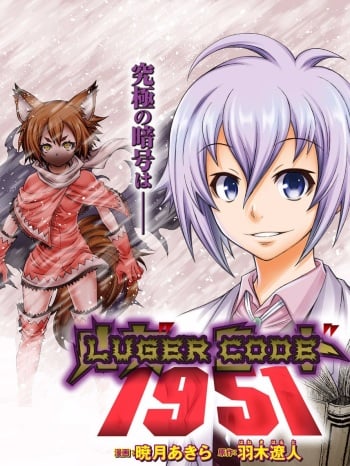 It was a decent enough story, but too short.  It doesn't have enough there to fully flesh itself out as the solid story it could be.  I can not say it is the most original story or concept as I have seen similar things before for example "Rosario to Vampire" the manga not the anime.  The basic premise at least is simliar as are some of the details.  It puts a bit of a unique spin on it by placing it in a WWII like setting in Europe but against werewolves.  Many of the details about this setting are a bit sparse but at least the story puts some plausible reasoning behind some of that by saying, the main characters Alex and Testa nor their comrades, know much about the enemy.  Yonaga is a pretty interesting character not only because of what she is but because she claims she has no interest in the war nor either side in it even though she is a member of the enemy race or perhaps species is a better word.  Like Alucard in the Hellsing anime, she ends up in a similar situation when someone gets hurt.  All 3 comics seem more like the opening act to a much bigger story and by the end you are kind of left with that question achingly lingering on your mind, "What happens next?".  Yonaga and Testa are two of the main characters but we are not presented with much about them.  Technically both characters are introduced a bit later in the comic than Alex with Yonaga coming even later than Testa so given that it is only 3 books, not enough time is available to spend developing these two key characters.  The whole story is all about retreiving a captured Yonaga from an ally's hands and the obstacles Alex and Testa meet during that voyage to and back.  For a story about breaking the code, there is not really much dedicated to doing that.  I wander if the manga was cancelled before it really got started or if whoever made it failed to plan beyond what is essentially an introduction to a bigger story.

Several times as I was reading this, I asked myself "Wait, why are they doing that?" And they would either have zero attempts to explain it or the explanations would be very weak. Here's a list of those times I questioned the plot progression:

In addition to all that, the premise of the story is that the Luger Code (the loupgarou communication method) is the pivotal point in the war. But based on the explanation the story itself gives, that doesn't actually seem to be the case. The actual pivotal point is the ability for the loupgarou to impersonate humans and infiltrate the bases. Rather than trying to break the code, they should be trying to find ways to see through a loupgarou's transformation. How does deciphering the code help anything if the loupgarou are able to freely infiltrate bases? All of the events leading to action in the plot and even the rationale for the story itself fall apart under the slightest amount of scrutiny. Simply put, this is not a good plot. It might have the beginnings of an interesting idea--a story about espionage and outsmarting your opponents, but involving humans versus monsters instead of humans versus humans. But is that where they took the story? No, they arguably went in the opposite direction and focused on physical battles. Like, I literally wondered what the point of having Testa be a genius is if the story never (and I mean never) has him do anything that involves his brain. He doesn't strategize or think things through or even crack any codes (which one might expect considering it's supposedly a story all about a code). His primary character development is that he transitioned from opposing guns to being fine with guns.

All that being said, it's short enough and action-packed enough that it's relatively entertaining the first time through. Though I obviously still got distracted by its weak plot points.