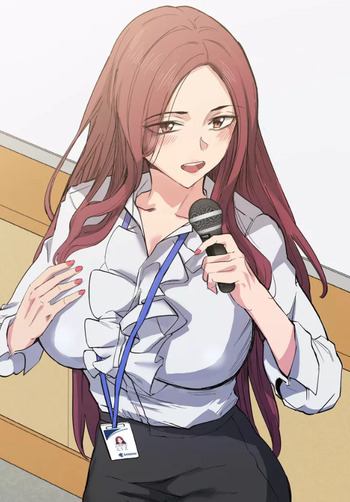 One of the most vanilla manhwas you'll ever read. The art is great, it can be pretty funny, and the conflicts are admittedly not really there, but you don't see me complaining. The MC's main motivation for going through all of this is that he's horny as hell, and he also has a crush on his 27 year old tutor (mayble like 5 or 6 years older than him) Ms. Kang, who is one of the most pure and cute characters I've seen in a manhwa yet. The real romance doesn't really start until about chapter 35-ish, but once it's there you'll be pleased to know that Jungsuk actually got it, like the absolute chad he is. Enough praising, time for why it's an 8/10. The drama is as I said very lacking, and it's just an excuse for the characters to have sex, which is cool and all, but some characters are kind of unnecessary.

Holy shit, this story is fucking ridiculous. I've read just a few chapters, but I just can't believe it. It's absurd. Heads up, this review might include some spoilers.

The most absurd part is ms.yu. so she has fucked thousands, including her own students, and she says she is looking for a groom!!. You got to be joking. With the amount of dicks that have been to her lady parts, her puss must look like the Grand Canyon by now. And she was just looking for a husband, poor gal.

And WTF is going on with the protagonist's roommate? dae-il I think he's name was. Up until ch 13 the two women our protagonist has had sex with fucked dae-il first. So dae-il is just cucking our protagonist left and right. The first sex scene in this manhwa is dae-il fucking. At that moment, I was like: “oh so the douche fucks first, huh?”.

The train of thought for most of the characters is un-fucking-believable. Their brains must be made out of mud. Even ms.yu who says she is looking to get married fucked dae-il on the first day they met. Not even a date or a talk session, just straight to fucking. And even when she was going to have sex with our protagonist, she fucked dae-il first. That's so fucked up!.(I really don't like dae-il)

Overall, I can't say I don't recommend it, but I'm just saying brace yourselves for the most unreal story and stupidest characters. It's kinda hilarious, thou.

Really great story. No types of rape or explicit stuff like that. Has one of the most wholesome, if not the best ending to a series I have read. The MC's were great. The MC's friend had the worst luck at the end but it was funny seeing him take responsibility. Everyone had a happy ending. Would highly recommend to everyone.

Before i start with review i just want to say that it will not be graded as overall comics are  but as bordline H manhwa wich means i only look at specifics of this genre.

So you saw score i gave it and you might ask why i put max score well there are multiple resons for that first this is first commics that actually made me laught in realy long time, some of the jokes hit me when i didnt expect them some were cringy but some well i acctualy laught laud. Also MC isnt total idiot he has his goals and he trys his best to acomplish them wich we dont see in most of these manhwas. Usualy i have issues with MCs becose they think with their d*cks first here its not always like that (it happens sometiems). If you like MC it makes reading more more fun.

Now lest look more into detaile into it.

Overall i jsut wish there were more manhwas like this it was great read and i maybe will reread it in futere wich is realy rare for me.