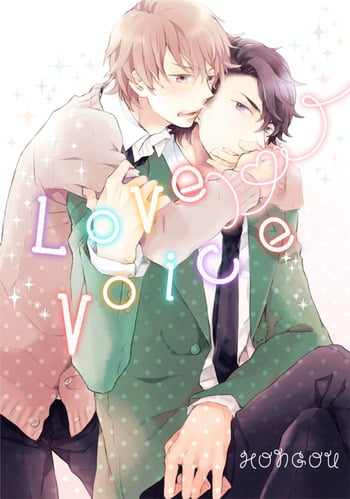 Will a fated encounter with a mysterious cat that calls itself a "demon", change my relationship with Natsuno-san?! What will I do now that I've acquired the power to control anyone I like to do whatever I desire?

the are both anthologies of one and two shots about first love and young love. the stories are cute and interesting

Everybody knows Tatsuki — a star performer at the Academy of Performing Arts School. On stage, he's very expressive and full of energy... but, off stage, he's the complete opposite — shy and introverted, especially when it comes to his relationships. He once had a crush on someone awhile back, but it ended up being a crash-and-burn. Can Tatsuki get his happy ending this time?

Kasukabe is a popular ladies' man who can do almost anything adequately. He takes an interest in Sugiyama of the track team, who spends his every hour running on the school grounds. Eventually, Kasukabe starts to fantasize about Sugiyama. Although he would like to get to know him, Kasukabe can’t find a way to talk to him. But one day, by chance, they find themselves both on the festival committee. This is Hiko Yamanaka’s debut manga with a collection of frustrating love stories featuring boys in high school!

A strange man hired a younger man to act as his new lover to get rid of his ex-boyfriend who's stalking him. It turns out the younger man is a student in the class of the older man... Sweet and a bit of angst.

“Will you protect me?” High school student Mochida Masaki has set a trap in order to protect himself. He will do anything to shield himself from senseless violence, even using his own body to lure in and ensnare the strong... Masaki has trained his heart and mind to cast aside all emotion, so what will arise when, one fateful day, he begins to experience genuine feelings of love for his sharp-edged classmate, Aihara? Love and Trap burns with the passion of new awakenings. Three sullen young men struggle to cope with the hardships of life by resorting to self-destructive practices, but each has his world turned upside-down upon stumbling into the gentle arms of a man willing to challenge his outlook. Will Masaki and company finally discover their dreams in the reflection of a carefree smile?

Taka to Tonbi to Aburaage

Hanajima is the most popular and sought-after guy in school. But he has a secret: a hidden self, who is unbearably egoistical in both words and thoughts! The only one who knows that is a fellow schoolmate, Nodate!

Quiet student attends drinking parties to see flirty student he has a crush on. But after drinking too much he ends up back at flirty students place and wanders into the shower with him...

Kaname lost both of his parents at a young age, and though he reconnected with his wealthy grandfather, the old man died within a year, leaving Kaname a beautiful exclusive apartment and a kindly butler, Hidaka. Can Kaname find solace in Hidaka care, or is his affection just that of a servant?

Locked out of his home one day, Mizusawa runs across Takatsu, his homeroom teacher, drunk on a bench. In a stupor, Takatsu confesses he has been watching Mizusawa for three years and kisses him. Mizusawa had no interest in 37-year-old Takatsu...until that day. With a smirk on his face, Mizusawa begins teasing Takatsu about the incident, much to Takatsu's horror. But, when Takatsu starts attending marriage interviews, Mizusawa realizes he wants his homeroom teacher.