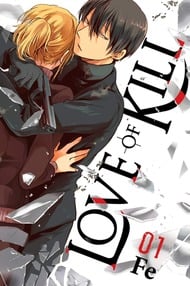 So the male lead, Ryang-Ha, starts off as kind of an enemy to the female lead, Chateau. Despite this, they start working together kind of secretly. Their relationship develops and they become stronger allies. Although romance isn't the main focus, they get many cute moments together, but it isn't "lovey-dovey", just Ryang-Ha being cute and Chateau being like ',:| Still cute though *-* In addition, there is plenty of action, blood, and some mystery as well. And of course, the characters' backstories are revealed later. Those were the greatest chapters, in my opinion. Interesting stuff. And despite there being action and blood, Koroshi Ai provides you some comedic moments as well. However, the fact that Chateau frequently needs saving bothers me a bit. She does get her cool moments though. In conclusion, I really enjoyed this manga and am looking forward to future updates. You should definitely try and read this manga if you get the chance.

In a nutshell Chateau Dankworth, a silent and hard to talk to bounty hunter, is to kill Son Ryang-ha, a professional killer, who killed a number of influential personas. Son is famous for his style: he is a pro, he knows his craft well and whenever he is tasked to kill, pray that you are not the target, because you will surely be murdered. However, Son Ryang-ha overpowers Chateau during their first encounter, but he does not kill her. Instead of it, he releases her and makes various attempts to help her and flirt with her. Unfortunately, these attempts are not always successful. How will the love between the two assassins turn out? Story Well, well, well, I do not even know where to start. Anyways, never trust people, who have eyes of a fox.  Son Ryang-ha first shows himself as some sadistic weirdo. However, as the story progresses, you learn more about Son and all I can say, he is one hell of a scary person. He might be scary, but he is also a person that does very unpredictable moves. And one day he just decides to instead of killing his target, to hit on her. And the target of his affections just goes, ‘nah, go away, shoo-shoo.’ And the whole story can be described as some cat-and-mouse play. Important thing to note here, is that it is not some shoujo type of romance, this romance is actually followed by a number of episodes that, let us say, may traumatize younger minds. Art Art is simply amazing. It is really a challenge to find such a manga; this manga has it; awesome art style. So much attention has been paid to the characters, their face expressions and just everything. Backgrounds are simply breathtaking: from big cities to small offices. Action scenes are quite spectacular, as well. Characters This part is the main reason why I will not rate this manga a 10/10. Do not get me wrong, all characters are really amazing and fun to follow, they offer enough development and give you everything to understand their motives. Son Ryang-ha, is around 32 years old; he is a professional hitman, who will assassinate his target no matter what. The manga offers enough development for him, as well as for a number of supporting characters. But the main problem of the manga is Chateau Dankworth. By the way, I have read a number of negative comments in English, Russian, German and even Japanese, on her simply because many manga readers hated her for being weak. This might trigger someone, but women are weaker than men. I tell you that as professional karateka, who fought against women two times and lost to them, because I just could not hit a woman, nor can I now. Anyways, you are not here to read my personal life stories, but what I mean is that God created women to be weaker than men for a reason. Otherwise, there would be no need for men at all. So girls, stay cute and weak so that we, men, can love and protect you. P.S. I am not saying that all women are weaker than men, there are exceptions, but, please, do not be one of these, ‘ew, Chateau lost to him.’ Offbloodycourse, she is weaker, he is a professional assassin, a monster. Anyways, where was I? The problem with Chateau is not that she is weak, it is absolutely normal for a woman to be weak. The problem with her is that she looks like some empty shell that has no personality about her, shows no feelings and acts like some object, not a human, but an object, for cute romance episodes between her and Son and this is the main problem. The manga just does not give the reader enough opportunities to love and understand her. Score 9/10. Would have been 10/10, if Chateau were a better character. Overall All in all, while, of course, this manga is not perfect, nothing is perfect in our world, it still has more positive sides about it than negative. I am not going to hide that I would love Chateau to be a much more interesting woman, but she was not that bad. It is more of my spoiled self, so ignore it. Anyways, this manga was hella fun to read and I REALLY hope that the upcoming anime adaptation will be as interesting and maybe even better than that. 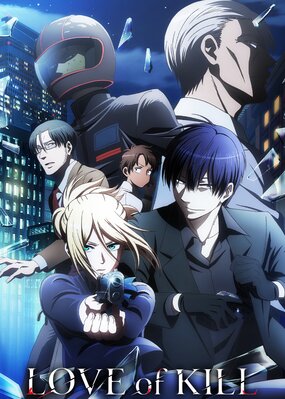