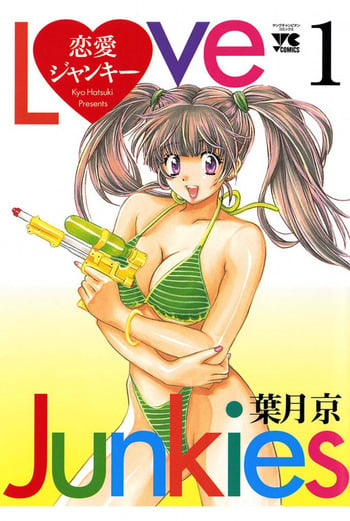 Okuno Ryouko and Saeki are quiet normal students. But only at the surface. At university, they both feel out of place; so, Okuno visits a S&M club after classes. Saeki happens to visit this club as well; rather than participating in the activities like Okuno, he is there to play music. When they both meet there, they seem somewhat attracted to each other. But will this attraction last, when they come to know about each other better? Will love be able to bloom?

He likes to watch women's butts from below when climbing the train's stairway. One day, his favorite girl fell and landed on him butt-first, breaking his arm. She then offers to cook for him while he's injured for a month.

Summer vaction's the ideal time to create memories, but what if a night of fireworks leads you to the sweet girl of your dreams? And can a stress-out "dog buddy" prove to be the perfect stormy companion? Sometimes you just need a little push to make an ordinary relationship extraordinary!

What happens when next door to Fujiwara, an upcoming mangaka, moves Yuuki, who was his teacher back at high-school and first crush? Yuuki, a married woman now is starting a new life in the city but her husband is always away on business so she finds comfort in the company of her former student but what she doesn't realise is that Fujiwara can listen to everything happening in her apartment through the building's thin walls...

Midori who is a mother and a wife is in a affair with her daughter's fiance. What will happen when her daughter finds about this affair?

After an embarrassing encounter, Kouji is surprised to learn that two women have moved into the male populated bachelor dormitory where he lives. Now he must attempt to adjust his life and studies to handle the distraction caused by the new tenants.