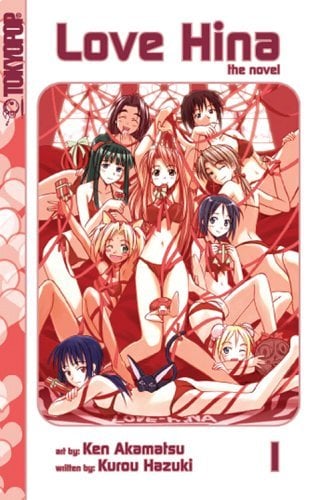 Story about a salaryman who was going to get married soon but his bride runs away with another guy. His life sucks. He had to borrow a lot of money to buy a new house for his married life but ended up with nothing. Then his boss offered a solution: make his house into a girls' dormitory for female employees in the company. His new life begins here.

To cut costs at the Kusunoki apartment building, a new landlord has been appointed. The owner's third son Yuuto will now serve as the tenants' landlord and cook...while attending elementary school!? A wonderful, heart-warming short story about three seemingly dissimilar adults who are brought together by the actions of their lovable and wilful young landlord.

When fifteen-year-old Kaho Nikaidou leaves her sheltered home to start life anew in a Tokyo high school dormitory, the last thing she expects is to nearly get hit by a truck! Saved in the nick of time by a handsome stranger, Kaho falls head over heels for him and, after finally tracking him down, boldly confesses her feelings. Turns out Kaho's mystery savior, Kanade, is the son of Kaho's new landlord! The handsome object of Kaho's affection agrees to go out with her, but her newfound bliss is short-lived when it turns out that her new boyfriend...is a fifth-grader?!

Nagumi Koushi is a 12-year-old boy who was abandoned by his broke father after their house caught on fire, leaving him to roam the streets penniless. Then one day, a girl named Minerva who finds him lying on the sidewalk takes him to a women’s college dormitory, one known for housing troublesome residents, and asks him to be their "Dormitory Mother." Surrounded by older women and forced to deal with their idiosyncrasies, Koushi starts his new (somewhat ecchi) life!

Meet Natsu and Hana, the two young women who are the managers of a beat-up apartment building, as they try to find tenants, upkeep the place, and generally have a good time.

Just starting high school, Koutarou is moving out on his own to take some of the burden off of his widower father. Lucky for him, he's found a room at Corona House. It has a great landlord, it's not too far from school, and best of all, it's dirt cheap. It really is perfect... except for the strange girls that keep appearing to try and take it over! But even as room 106 turns into a battlefield, Koutarou isn't willing to give up his apartment without a good fight. The invasion begins!

When Oriko kicks Machi out of her apartment, he simply forces his way into the apartment next door, which happens to belong to his classmate Yurara. Yurara is too shy to throw him out, but will Machi's advances become too much for her to put up with?