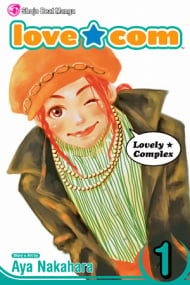 Story: This manga revolves around the relationship between a tall girl and short guy and how they're constantly picked on because of their height difference. Honestly, this completely changed my stance on not having a relationship with a guy who's shorter than me. Plenty of females, including myself at one point, would never dream of dating a guy who's shorter. That would be so unattractive, not romantic, especially since a tall girl and short guy would not look like a cute couple. However, this manga manages to create a relationship between a tall girl and short guy without preaching and making us feel guilty about having such a standard (I don't feel guilty about my previous stance but I have altered it since reading this). Instead of spewing the whole cliche and preachy "it's the inside that counts", the manga subtley conveys how the two start to think about more about their emotions and less and less about their heights though they never fully forget that fact, which to me seems more realistic. Story-wise, this has all the good components for a romantic comedy but takes it step further. It was laugh-out-loud hilarious, especially with expressions (Risa's dead fish face XD), romantic, unpredictable, and had such an endearing cast, that may not have been the smartest but were certainly entertaining. The manga does not follow the typical "girl likes guy/guy likes girl so all they have to do is confess and they'll be together". Rather Risa likes Otani and works hard for his affection. What ensue is comedy, sadness, romance, and drama between two lovable idiots and their friends all in a well-paced, entertaining story. This manga takes your typical shoujo plot-line but adds depth and refreshing uniqueness to the story so it stands out among the others. Art: I don't have too much to say about the art rather than the fact that it is fairly mediocre. Character details and expressions are emphasized while the background is plain so more attention is given to the characters. There are sparkles and some polka dots and flowers but they weren't used in excess and so they weren't too distracting. I was a huge fan of the range of expressions though. The ones that were simplistically drawn were hilarious while the more detailed ones conveyed emotions wonderfully. I also liked the fashion styles. Though they were sometimes quite odd, they were unique and quirky. Definite plus in my book for that. All in all, the art was neither amazing nor horrific. It merely fell in between so it get's a mediocre score. Characters: The best part of the manga. The two main characters are refreshingly unique and neither of them come close to being perfect, thankfully. Risa isn't your typical ditzy, cute, naive sweet herione that always looks adorable no matter what and Otani isnt' your typical bishie who is a perfect and romantic gentleman who is there to save the day. Instead, they fight, yell/tease/bully each other, and yet have fun together since they share so many common interests. They have no problems insulting/embarrassing each other. Risa, who loves Otani, doesn't give up on her feelings no matter how much pain she goes through. Otani is pretty sweet when he isn't so dense though he does lack quite a bit of etiquette. The two are just so alike and compatible that you can't help but root for the two despite their height difference (and idiocy) which becomes a trivial matter anyway. The rest of the cast, fall under stereotypes at first but then slowly, their true personalities and quirky traits begin to shine. Chiharu isn't always sweet and quiet, Nobu and Nakao have more depth and maturity than it seems at first glance, Seiko isn't your typical bubbly romantic sweetheart, etc. The characters didn't fall flat, instead they added depth and moved the story forward. Their flaws are prominently yet wonderfully conveyed, making them seem more human and prone to understandable mistakes rather than making them seeming so two dimensional. It was hard to not feel for them though I constantly disliked Haruka and Ji-chan and Kohori. They were the exception and greatly annoyed me though I can't say why without giving anything away. Overall: A refreshing romantic comedy that takes a predictable story-line and morphes into something wonderfully unique. The relationship between the two main characters never seems rushed and feels so concrete mainly because they have known each for quite sometime and share many common interests (Umibozu, karaoke, acting like kids...) unlike with some shoujo where the girl and guy meet at the beginning of the manga and then quickly fall for each other. Emotions and relationships are realistically conveyed and problems aren't easily solved. The manga is well balanced with comedy, romance, and drama. I go from laughing like crazy to being watery eyed to laughing like crazy again. If you love romance and comedy, this is a definite must read.

I watched the anime a few years back and honestly seeing two idiots who have height differences but are in love, just friggin adorable! I was even satisfied with the ending, definitely peeps should check out this manga or watch the anime! 🥰🥰🥰🥰🥰

This manga is my top recommendation for shoujo manga. The story is well made, very beautiful, HILARRRIOUSSS ( i promise its so funny) and romanticc. The story is of a tall girl who is rivals with a short guy, then they become friends and she catches feelings for him. She tries so hard to win him but he rejects her but then accepts her later and loves her. Her lover is sooo adorable and in the anime his voice is soo 😳 (kansai accent) . This manga will cure your depression and so will the anime. But the more romantic scenes are in the manga and the funnyessness is more prominent in the anime. There's no doubt you will love it.❤️ 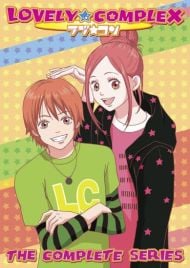