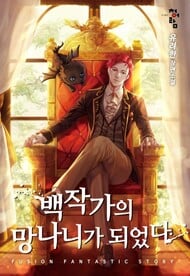 When I opened my eyes, I was inside a novel called "The Birth of a Hero". It was a novel focused on the adventures of the main character, Choi Han, a high school boy who was transported to a different dimension from Earth, along with the birth of the numerous heroes of the continent. I became a part of that novel as the trash of the Count’s family, the family that oversaw the territory where the first village that Choi Han visits is located. The problem is that Choi Han becomes twisted after that village, and everyone in it, are destroyed by assassins. The bigger problem is the fact that this stupid trash who I’ve become doesn’t know about what happened in the village and messes with Choi Han, only to get beaten to a pulp.

Trash of the Count's Family is a must-read. If comfort food was a novel this would be it.  This story is filled with adventure and action. I don't mean your typical adventure where the main character is op af in strength. Cale, the main character, is what makes these adventures unique and interesting, despite it being similar to the typical adventure, fantasy, action novels.  Cale, just like you and me, wants to live a peaceful life where he is just a slacker. He finds himself in situations where it prevents him from doing all of that. However, the only reason why he does all these things is that he doesn't want to live life in war and giving him time off of his slacker life. Plus, he is getting that CASH (even tho his family rich af but like ya know pocket money)!  Personally, I love when the main character thinks 10 steps ahead of his enemy. He is slick and great with his words. It is quite amusing watching him scam the bad guys and in the process add more people to his haram he doesn't realize he made. The writing is quite interesting and the style is amazing, perhaps that's due to the translations. However, there are just some lines where i just had to sit back and just stare at the wall because the author was spitting straight facts.  The characters are unique as well. I love their interaction especially with him and the prince. Every character presented in the novel is unique and fun. Some might say that this story plot keeps on repeating and repeating, going somewhere to scam bad people, gaining allies in the process, finding something amazing, then repeat. However, I disagree. Everything he does is not just some plot device to keep the story barely alive. Everything he does is important for the future.  To be honest, I hate pet allies. I sometimes avoid watching anime or reading manga when it involves anime because I find it annoying. In this case, I'm glad I did not avoid this novel. The animals are not annoying and in fact, have their own personality and NOT ANNOYING. They have their own personality and give the story a bit of seasoning. I personally love how the dragon interacts in the novel. Very heartwarming and funny.  The main character also does not forget about his past life. In fact, there are some parts of the book that talk about it which always give me goosebumps.  The main character is also realistic (aside from the fact that its a fantasy novel) he's not too strong and does show some weak sides. However, he is so clever, sneaky, smart, and just gggAHHHH I just love him so much you'll lobe him for sure.  I am someone who will drop a story if there are women who are so weak and portrayed as weak little creatures. There are powerful women in power in this novel. Even the women who are friends with cale are powerful and smart.   If you get a kick whenever your favorite character gets underestimated and proves people wrong, this is the story for you. He really is big brain and I'm here for it.  I do not recommend this if you're looking for romance. This dude really just wants to sleep and eat all day he doesn't want to smooch around.  Overall, 11/10. Yes, it needs some fixes here and there but...but this novel just makes me so happy and so in love and just puts you in a great mood. It really is comfort food. I think i will cry if i finish this story. Im not kidding.

I haven't finished reading the novel yet and I'm currently around chapter 170. Yes, I know, I'm quite far behind compared to the official releases that are nearing chapter 600 or something similiar. Storyline:It is placed in a similiar if not exact RPG game setting, the main character wakes up as a minor character of a novel he was reading, the character he ends up in is someone who gets beat up by the main character in the book he was reading, 'The birth of a Hero'. He contempletes on whether he wants to get a few broken bones and remain bedridden for a few months. However, decides to change the storyline a bit, and ends up befriending the main character in the book. Before you groan about how it sounds like every other novel, it truly isn't. I dont want to spoil anything if you wish to read it, though, I will say he pretty much adopts a bunch of kids. (He reminds me of Kim Dokja from ORV)Characters:These characters are so well developed, everything about them is so unique. They all seem so human and they all have such distinct pasts to them. I guess what I'm trying to say is that they're so well made that you can see them as an actual person. They all have flaws, they all have passions, talents, wishes, wants and goals. They all want to be loved and that really made an impression to me, that despite being strong they were also quite fragile, they were all crafted and molded into a character that would pierce the hearts of readers.I've truly fallen in admiration for them, some of them have quite depressing stories, and to be quite honest with you. I've cried when hearing some and felt my heart ache. (These stories are going to be the death of me).  Overall, this novel has got to be my top 10 from the hundreds of novels I've read throughout my life. I picked it up thinking that it was going to an edgy version of isekai mangas, and I read the reviews on WuxiaWorld, a handfull of the reviews were slightly frustrated with how it was paced, and that it was rather slow, so you can only imagine how someone like me who isn't as patience as most people reacted. However, I surprised myself and gave it a read, now let me tell you my surprise when I looked up at the corner of my phone and saw the time. I ended up losing track of time and read 25 chapters (No, I am not a slow reader, these chapters are quite long and worth it), it was around 5 am when I realised it, and I had to wake up around 9. Most of you will relate to the feeling of dred and pain when you realised you stayed up way more than you planned.  I advise you to read at least the first 20 chapters, despite being a bit slow, they get the basics of the story done and helps with you in proceeding in the future chapters.

TRASH OF THE COUNT'S FAMILY IS ONE OF THE MOST INTERESTING NOVEL AND MANHWA. If you had read the novel, there will be a lot of twist, funny moments and of course, adventure and action [there is a little bit of romance but most shows the love for family, comrades and friends]. Once you had read the first chapter, there is no turning back as it will keep you up all night just to know what will happen next. It has over 600+ chapters in the novel which is still far the in the manhwa which is in chapter 34 in the novel (but I think sooner or later it will catch up! wish the author/artist/translators/staffs good health and luck!) I really recommend to read this novel & manhwa. :)) 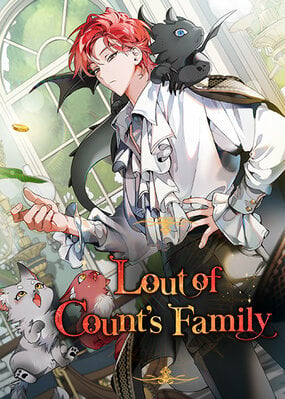