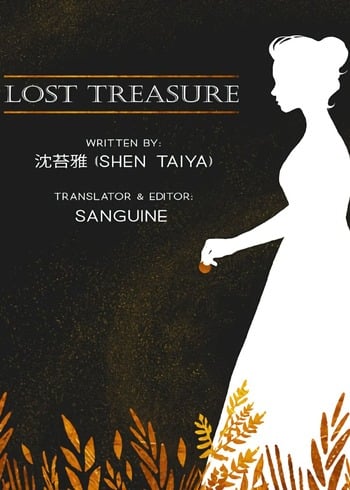 On the Great Land of China, forces clashed for the sake of supremacy and Bloodline Warriors ran amok; the conflict of the strong threatened to shatter heaven and earth. A young man named Lu Li, nothing more than a humble Coffin Carrier from the Northern Desert, came along with Lu Ling, his sister. The two were regarded as puny insects and bullied, but little did people know that Lu Li had the strongest Bloodline in him of them all.

For generations, the Su family has only boys. So when there is finally, finally, a girl born into the family, how can she not be the precious pearl in 10,000 eyes? If you guard her with your palm, what if she gets squashed? If you put her in your mouth, what if she melts? What nonsense! Her father General Su is a famous figure across 6 countries and even if she is a girl, she may very well be a heroine who may not lose out to men. Still, the folks in the capital have yet to reach a conclusion on what Miss Su is like after 16 years. Who knows? Perhaps they can… ask the pirates?

Banished from her cultivation sect, Yan Hui accepts a hunt to earn money. She encounters the snake demon she’s hunting but is wounded in the fight. The snake demon flees, and she is forced to stay in remote mountain village until she regains her magic. During her time in the village, Yan Hui stumbles upon several mysteries. Who is the strange boy that seems to be hiding his true nature? And who is the woman dressed in white? Yan Hui finds herself in the middle of a conspiracy. With fingers pointing at her former shifu as the culprit, Yan Hui sets out to find the truth.

Wang Yanqing’s father died in battle. She was adopted as an orphan by the Marquis of Zhenyuan. She loved Fu Tingzhou for ten years and would go through fire and water for him. However, this woman carried a family history full of scars, and ultimately, Fu Tingzhou sought another woman to marry. Ten years of effort turned out to be a joke. Fu Tingzhou accompanied his fiancé to buy incense outside the city, completely forgetting that it was Wang Yanqing’s birthday. On the road, they encountered an ambush and Fu Tingzhou became busy protecting his fiancée. While defending Fu Tingzhou, Wang Yanqing lost her footing and fell into a cliff.

Heed my call! O’ Dragon of Eternal Sin, the Progressive Disaster, the Forerunner, the Land of Eternal Peace, the Flames of Soul Burning, He Who Owns The Deep Soul, the Sound of Origin, the First Cause of All Things, the Principle of Circles… o’ great Negary, your servant calls for your return! Within the darkness, someone was harmoniously chanting, he was smiling, as he know he would finally become one with his God. And all of this, came from the remnant soul that was deceived to travelling to a different world and had his Protagonist Aura stolen.

The Girl of the Black Lotus (Novel)

The demons of this world run amok; it’s time for the children of heroes to fill in their own legends. Unfortunately, you’re not the cold and incorruptible female lead. You’re not even the high-status, delicate and charming second female lead: You’re just the detestable cannon fodder female number three! The original character was secretly in love with the male lead while a fanatic in harming the FL from the dark. Till the very end, she was merely a stumbling block for the love between the ML and FL. She let herself get stepped all over by the second male lead and lived a life that could only described as ‘stupid’. “So you’re saying… as long as I steal the FL’s man, I’ll have succeeded?” “Apologies, your target partner is… the FL’s little brother...

After an unexpected incident, Chen Xiaolian, an ordinary high school student, came to discover that the world he lived in is nothing more than a program. That he and those around him exist as NPCs, serving only as a source of entertainment for others. That every decision he had ever made was simply the effect of a predetermined script. Now, Chen Xiaolian must adapt, gather allies to fight and survive, and uncover the truth of this world.

Lin Dan has been bound by a supporting system to do auxiliary tasks to maintain the plot in countless small worlds. To put it bluntly, she is a female supporting role, or the expendable, and uses her humble self to fulfill the greatness of others. Being confused, persistent, crazy, unable to love, unable to gain, Lin Dan has experienced too much failure and pain. When she fully understands and decides to unbind the supporting system and to return to the original world, she is hacked into the 3,000 worlds on the way back to continue her struggle.

In a world where humanity lives in suspended space, children undergo a fishing test when they come of age. Those with immaculate talents have the possibility of becoming great fishing masters. In the endless sea, every life is imbued with a sacred mission. There are fish that can fly, turtles that have absorbed the worldly essence, and whales that can devour the heaven and earth… There are also countless fishers. Fishing is an art. There is an ancient saying: If you can't fish, you might as well be bait.

A lineage of enmity, two lifetimes of love. A hundred years in hell is not as bitter as love. [Past life] A gentle and strong Eldest Prince shou who turned evil in the end. The Ninth Prince gong, who originally did not have a good heart, turned evil due to hatred. Conclusion: It’s all the fault of the family of origin. [Present life] A white impermanence senior brother shou, who already doesn’t have any memories of the past. A black impermanence junior brother gong, who has memories of the past and impure intention. Conclusion: It’s all the fault of senior brother being too good.