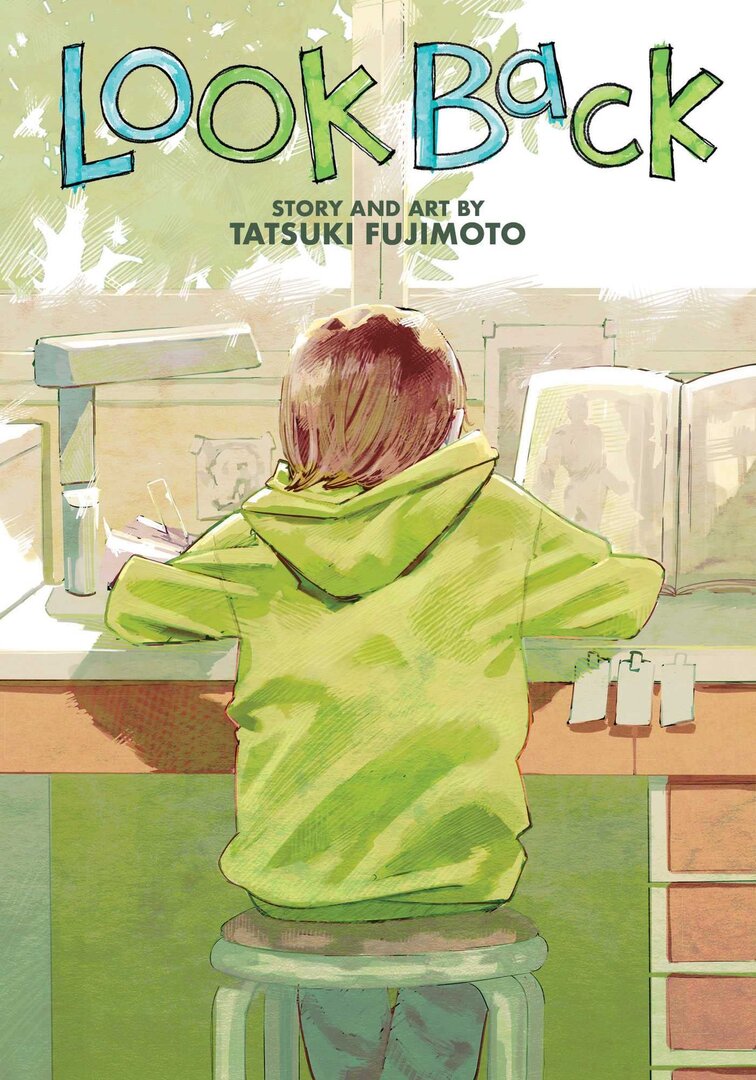 This was a long one-shot, it's long enough to be a movie. Although, it would be a pretty quiet movie. There were a lot of textless panels, it was very visual. It often showed the same room over and over again with small detail differences to show the passage of time. Overall, I really enjoyed it. It started off as a fairly wholesome coming of age/rivalry story, but the latter half was pretty depressing. I'm not sure how I feel about it. On one hand, it felt totally forced and out of left field, but on the other hand, shit happens, it's unexpected. However, then the story introduces supernatural alternate timeline stuff that shows how events may have played out had things been different. At first I thought, "Ooh, this is interesting", but by the end of it I think I just felt more depressed. It tries to kind of show the butterfly effect and how one small action can lead down a very different path, but the alternate path wasn't very different, except it was better. This bothered me because it's as if the story is saying, your actions however small and innocent they may seem, can be very harmful down the road. That just seems like a terribly melancholic mindset encouraging you to never do anything, but that's what I took away from this story.

Fujimoto really just went and made another masterpiece. As an artist and as an otaku this story hit home for me. The relationship one has with art is really challenging, and the folks around you can either hinder your progress or encourage you to keep going forward. This was depicted perfectly throughout Look Back. There was also a few surprise twists that gave me flashbacks to what happened with KyoAni. I can't help but wonder if this is Fujimoto's way of writing a tribute towards the studio and those who passed. Absolutely brilliant work, brilliant art, and well written characters within 142 pages.

Pretty ok manga about two school kids adapting the mangaka role. I do wish the author could give the character development time in this manga because I didn't know who's who lol. Regardless the read is good!

well im kinda disappointed because when i heared about this one-shot  i was hella anticipating it and then after i read it i found it a bit meh i dunno the story being confused sometimes also besides that its sad but with the bad way , how ? because it evrything was highly excpected the author tried so hard to make us sympathize with a charactere that we didnt even know almost anything about her  so yeah if you bored read it cause its not that bad it  just something above avreage