Look at Me - Recommendations 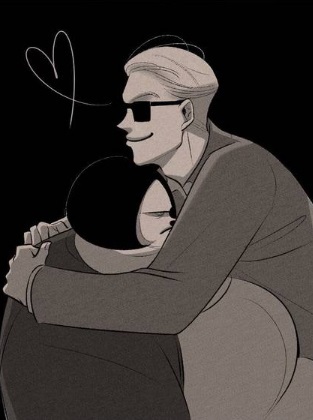 Ko Jangga, a 29-year-old office worker who has never dated anyone, gets coached by his childhood friend and colleague, Sun Jichan, on love and on life.

Jade is told that her childhood friend from China is going to stay at her house. Yet, the grown man who arrives at her door is no longer the sweet boy from her distant memories, rather far from it. As she struggles to re-adjust to their new life together, will she rediscover her childhood crush or simply kick him to the curb?

All Eyes on Me

Kids Are All Right

This story tells you the value and importance of family; it will also remind you of the happiness and sadness, joys and sorrows of childhood.

The icon of ordinary and exemplary, Soo Woon, has experienced the pain of a first love. He had a crush on his childhood friend, Seok Jo, but it was a bitter past that ended with them hurting one another. But when he thought that it was over, he encountered that mysterious guy again and again ...The reunion that started with a lie, is it fate or not?

What do you Take me For?

Tim and Hailey grew up together and now they live alone in Seoul. Denise is Hailey's best friend who comes over so often that the three practically live together. Things are good until Tim bluffs to his friend Chuck that Denise is his sex partner.

Ryun is an unmotivated high school student who feels like there's nothing to do in life. Min is her childhood friend who is annoyed at his own popularity. This series is about their daily lives, who they meet, and how they grow.