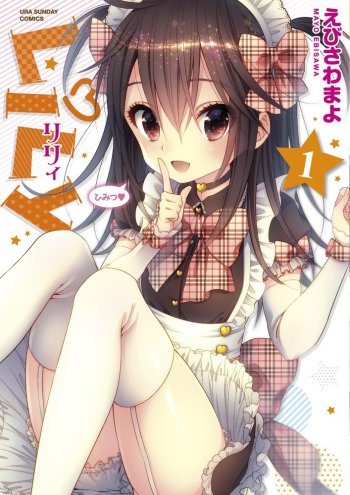 Akihabara is the center of the universe for the coolest hobbies and quirkiest amusements. In the spring of 1999, bright-eyed Nagomi Wahira moves there with dreams of joining a maid café. She quickly dons an apron at café Ton Tokoton, AKA the Pig Hut. But adjusting to life in bustling Akihabara isn't as easy as serving tea and delighting customers. Paired with the dour Ranko who never seems to smile, Nagomi must do her best to elevate the Pig Hut over all other maid cafés vying for top ranking. Along the way she'll slice out a place for herself amid the frills and thrills of life at the Pig Hut. Just when Nagomi's dreams are within her grasp, she discovers not everything is as it seems amid the maid cafés of Akihabara.

UzaMaid! - My Maid Is Still Seriously Way Too Annoying...

Misha and the others have made it to the latest hot spring theme park that people are buzzing about. Misha got tickets from Midori, and she invited "Washi-Washi" and Yui. Of course, Tsubame shows up there…