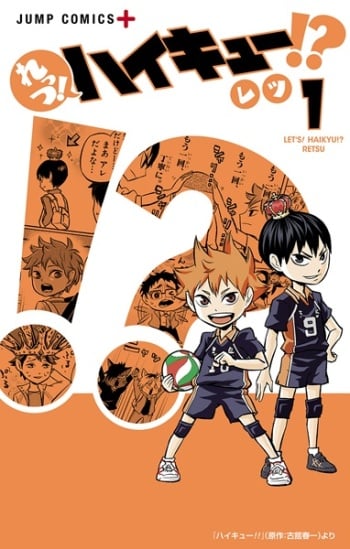 Picking up where the second season ended, the boys prepare to finally face off for the right to represent the prefecture in the volleyball national championship. Despite being known as “The Fallen Champions,” Karasuno is determined to take down the powerhouse that is the Shiratorizawa High volleyball team. As Hinata comes closer to fulfilling his promise to defeat Ushijima’s team, will the “Flightless Crows” finally find their wings and soar above the best school in the prefecture?

High school volleyball player Hinata is determined to win a national championship. He's even willing to team up with his former rival, Kageyama.

The members of the Karasuno volleyball team, including Hinata and Kageyama, push themselves to the limit to win the Inter-High Preliminaries.

In order to prepare for the Spring Tournament prelims, the Karasuno High School Volleyball Club joins up with other powerhouse schools from the Kanto region for a training camp. The members of the Karasuno Volleyball team wanted to change, and evolved, which allowed them to make it to the Spring Tournament preliminary semi-finals. Their opponent at the semi-finals is Aoba Johsai High School, who defeated them at the Inter-High prelims. Despite Karasuno vehemently attacking since the beginning of the match, because of Oikawa’s precise serves and their secret weapon Kyotani’s powerful spikes, the flow of the game ends up going to Seijoh. Karasuno tries to get their rhythm back in the match with Hinata and Kageyama’s new weirdo quick attack and their pinch server, Yamaguchi’s service ace. Karasuno gives their all against in this battle against their ultimate rivals!