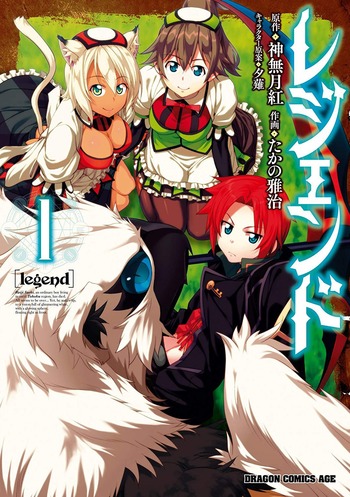 HE IS NOT OVERPOWERED. This review is when the manga is only at ch 35. The tags say OP MC, but they are wrong. Whe you think of OP I think of the manga The New Gate. That shit is a great OP manga which I 110% reccomend, but besides that dude is weak for a OP MC. Another great manga where MC is actually OP is Makikomarete Isekai Teni suru Yatsu wa, Taitei Cheat and Tsuki ga Michibiku Isekai Douchuu.

I am personally really enjoying this manga, but unfortunately it doesn't have a lot that makes it stand out from other stories so it is hard to explain why I am enjoying it.

I would say that most characters act more "naturally" like normal people, with no forced personalities (meaning both "good" and "bad" characters), and the events are very fluid, and nothing seems to be happening "because there was need of it", if I were to make and example I would say Ascendance of a Bookwarm is similiar to this manga in these terms.

The MC doesn't have any real objectives, such as revenge or winning a war, and he is basically only trying to explore and get to know this world better while gaining bits of power.

This makes the manga less heart-beating, but gives it more malleability and makes it more interesting.

In the overall i would say most people might not enjoy this manga as much as I did (i gave it a 9.5 out of 10), but it is most definetely worth a try👍